Star Wars Galaxy’s Edge At Disney World will be opening in just under a month and if you haven’t planned your trip to Disney World yet, now is the time to get your Disney Vacation on the books! 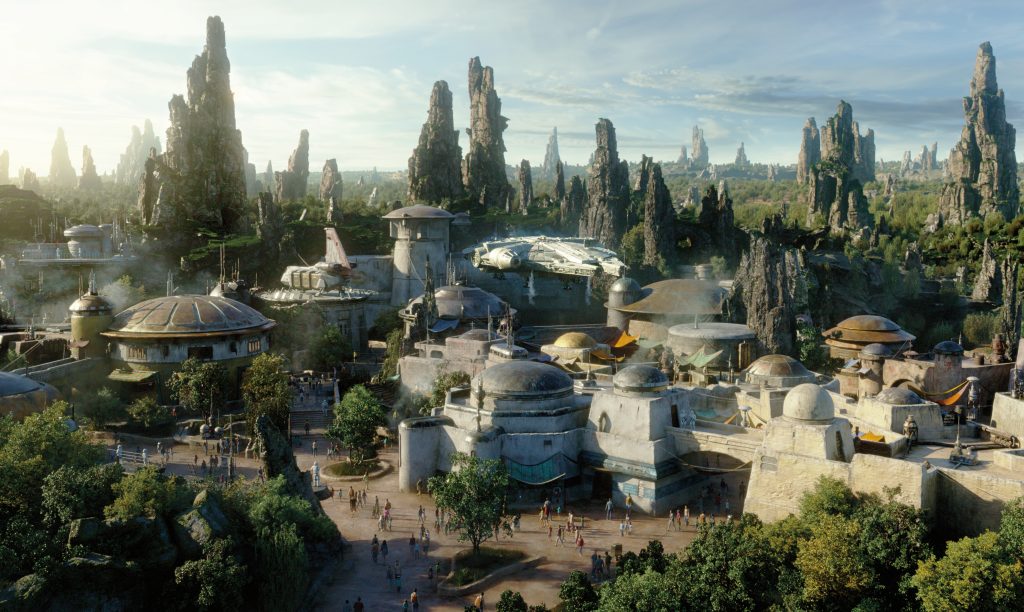 Planning your trip to Galaxy’s Edge at Disney World

While I was at the Disney Social Media Conference at Walt Disney World last week, we had the incredible opportunity to walk through the Galaxy’s Edge construction area and even though the new park area was not complete yet, it was already breathtaking!  I will definitely be counting down the days till the official opening and you should be too!  I promise you will be astonished by the design and elements that have gone into creating this land.

Star Wars Galaxy’s Edge will officially open on August 29th! It will be located in Disney’s Hollywood Studios and packed with immersive fun to be had, from building your own lightsabers, feasting on your favorite galactic dishes, grab colorful apparel and souvenirs, and so much more.

Where to Stay and How to Beat the crowds?

Hollywood Studios is going to be the most popular park for the foreseeable future.  It will be swarming with Star Wars fans, especially during the first few months, there is no way around that.  It will be crowded and wait times will likely be long, however, there are a couple of things you can do to help make the most of your visit to Batuu.

First, stay onsite at one of the Hollywood Studios resorts.  You will want to arrive at Hollywood Studios before opening to get a prime spot in line and that means location will save you some early morning travel.

Second, and most important, Stay on Walt Disney World property!  During other trips to Disney, staying on property can be negotiable depending on what you plan to do in the area, your family size, and your budget.  However, during the first 2 opening months of Galaxy’s Edge staying on-site gives you a huge advantage if you’re wanting to be one of the first to experience Batuu, with Extra Magic Hours!

Between September 1 and November 2, 2019, Disney is offering on-site resort guests extra, “extra magic hours.  Hollywood Studios will be opening at 6:00 am, which gives you a whole 3 hours to explore Galaxy’s Edge before the park opens to off-site guests.

The first ride in Galaxy’s Edge, Millennium Falcon: Smugglers Run, will be ready for riders when the new land opens.  You will get to ride in the cockpit of the Millennium Falcon acting as the pilot, engineer, or gunner in a daring mission into space. 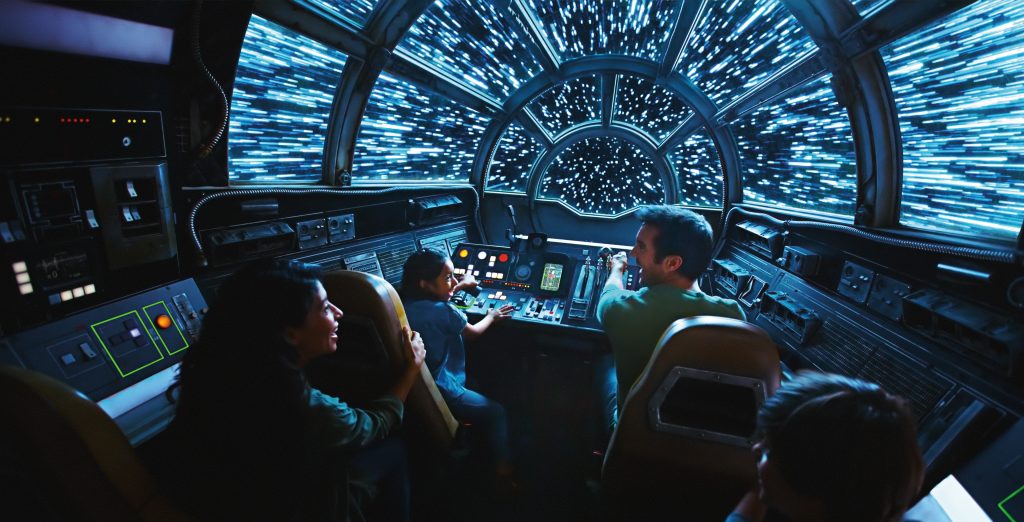 However, this immersive land won’t quite be complete, because a second ride, The Star Wars Rise of Resistance will be making its grand opening in Galaxy’s Edge on December 5th.  In this ride, you will be asked to accept a secret mission to help the Resistance rise with the help of Rey, Finn, Poe Dameron and BB-8! 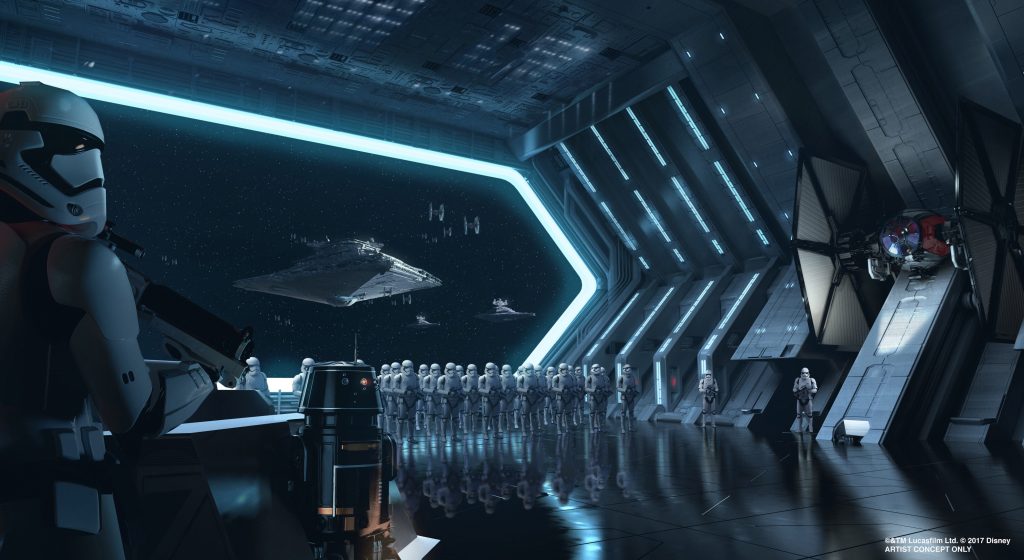 Build your own custom Lightsaber and become one with the force! You can choose from four different themes as you are guided through the process of creating your personal lightsaber. Place your kyber crystals and watch it come to life. The perfect accessory to carry around as you explore the Star Wars land! Savi’s Workshop is now taking reservations here. 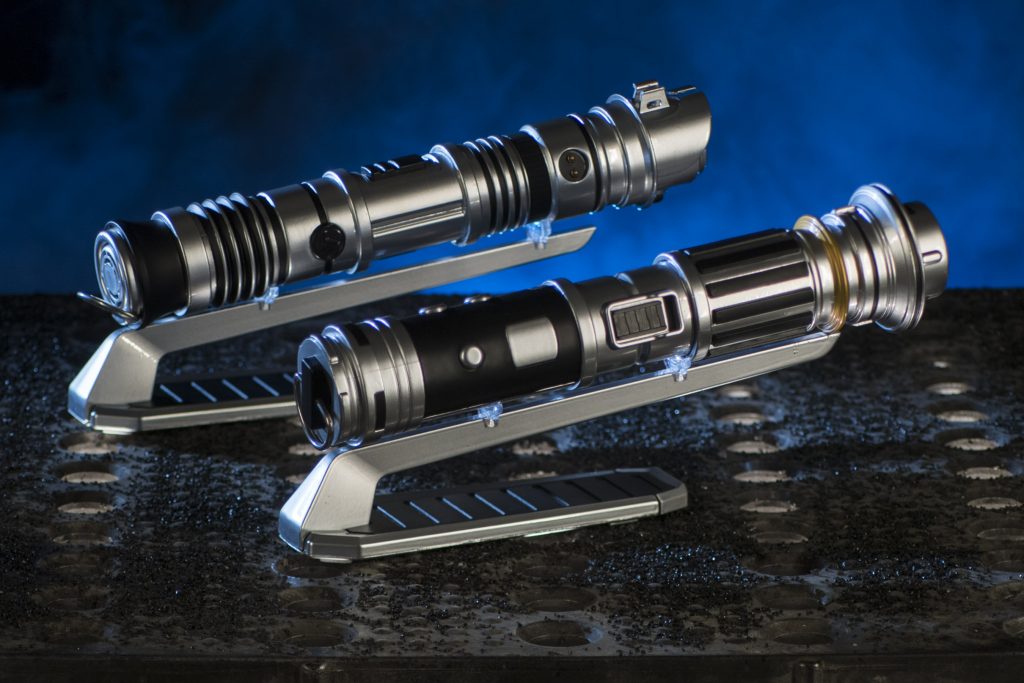 Build your own droid at Black Spire Outpost’s industrial depot.  You can make reservations for this experience here. 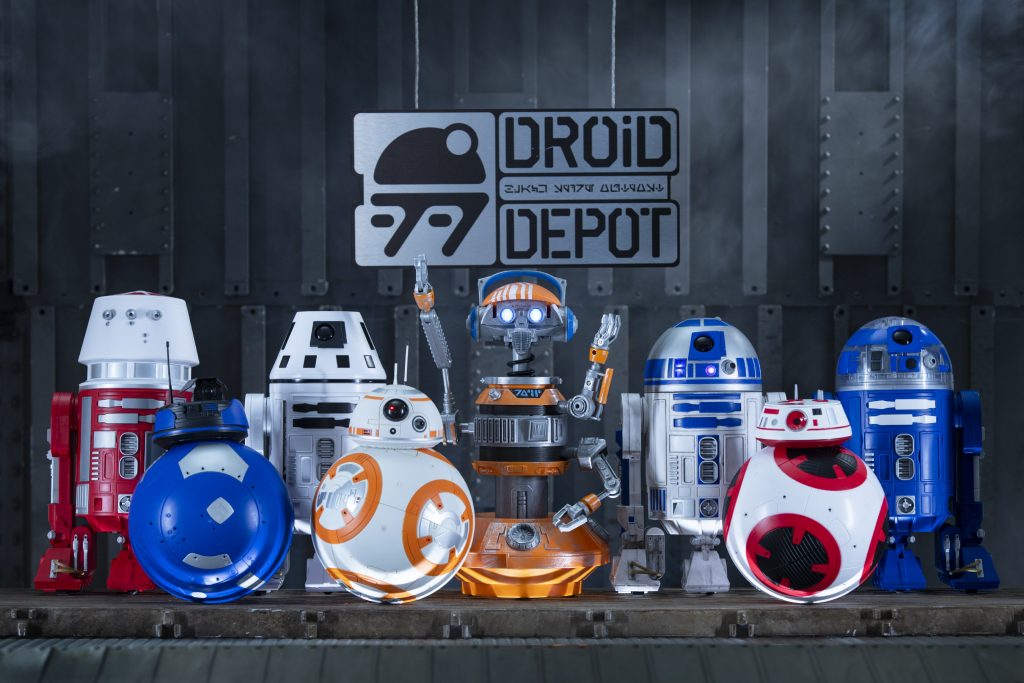 We are huge fans of the Play Disney Parks Mobile App!  As a family who visits Disney frequently, there are often times we want to spend a mellow day in the park exploring, and Play Disney has so many options for keeping the kids engaged and entertained.  Make sure you have the app on your phone before you head to Galaxy’s Edge so you can check out the new Star wars: Datapad!

Once you’ve completed the main attractions, why not take some time to enjoy Batuu in a different way?  Explore this incredible planet using the Datapad, it will allow you to translate galactic languages, hack into the land’s devices, and so much more. 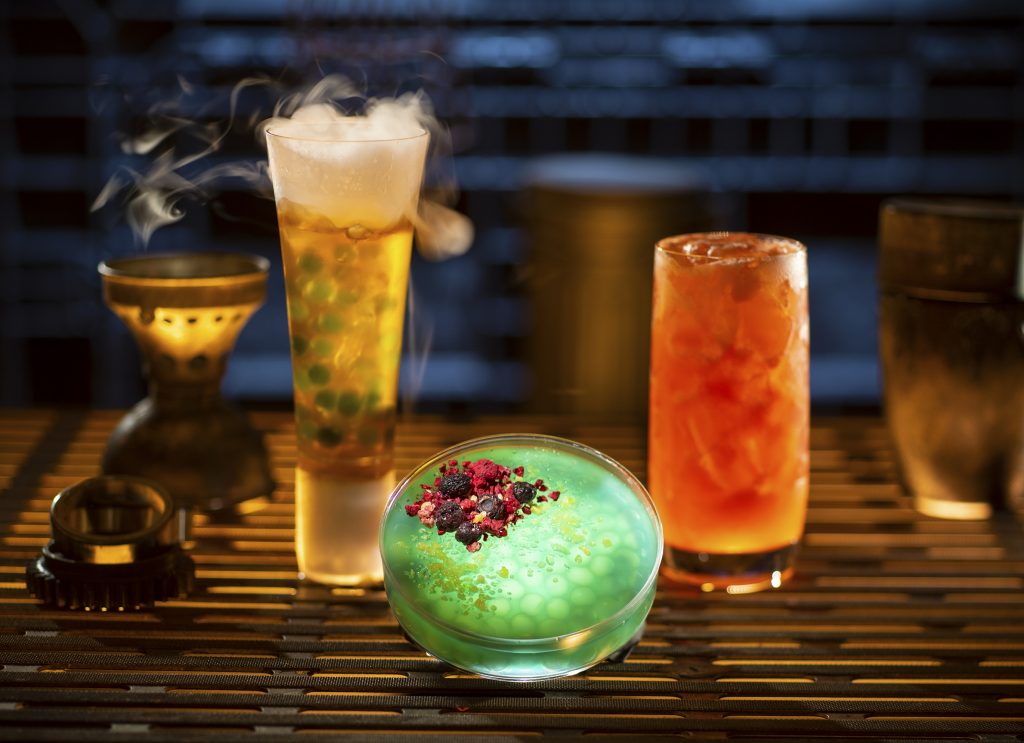 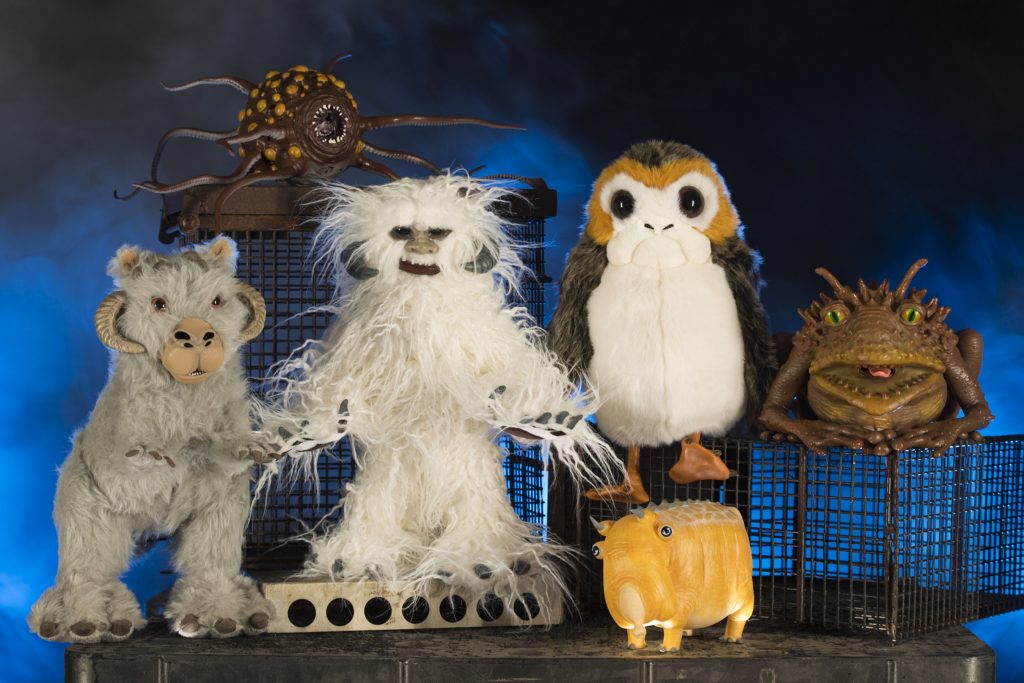 Creature Stall – This unique shop is filled with creatures and critters from the galaxy.

Black Spire Outfitters – Find the perfect outfit to help you fit in during your travel in Batuu.

Toydarian Toymaker – Search for the perfect souvenir in this fun workshop

Dok-Ondar’s Den of Antiquities – Shop for all your favorite galactic artifacts. 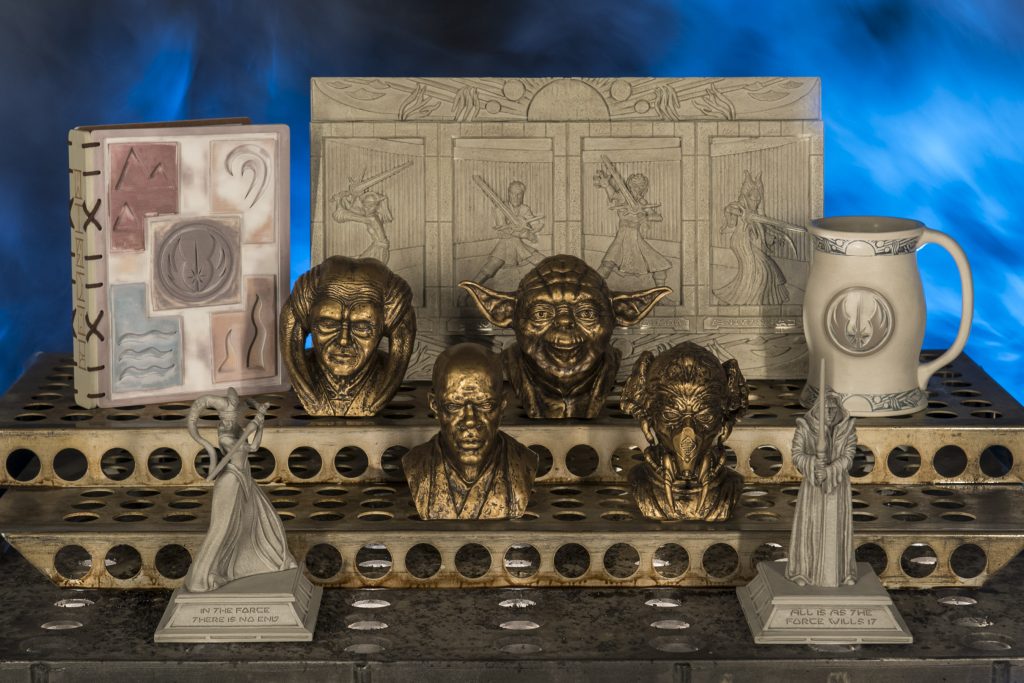 Are you ready to travel to Batuu?  If you are a Star Wars fan like me, I am sure you have been anticipating August 29th for over a year now.  So make sure to grab your hotel, dining, and experience reservations as quickly as possible before everything is booked up.  See you in Galaxy’s Edge!