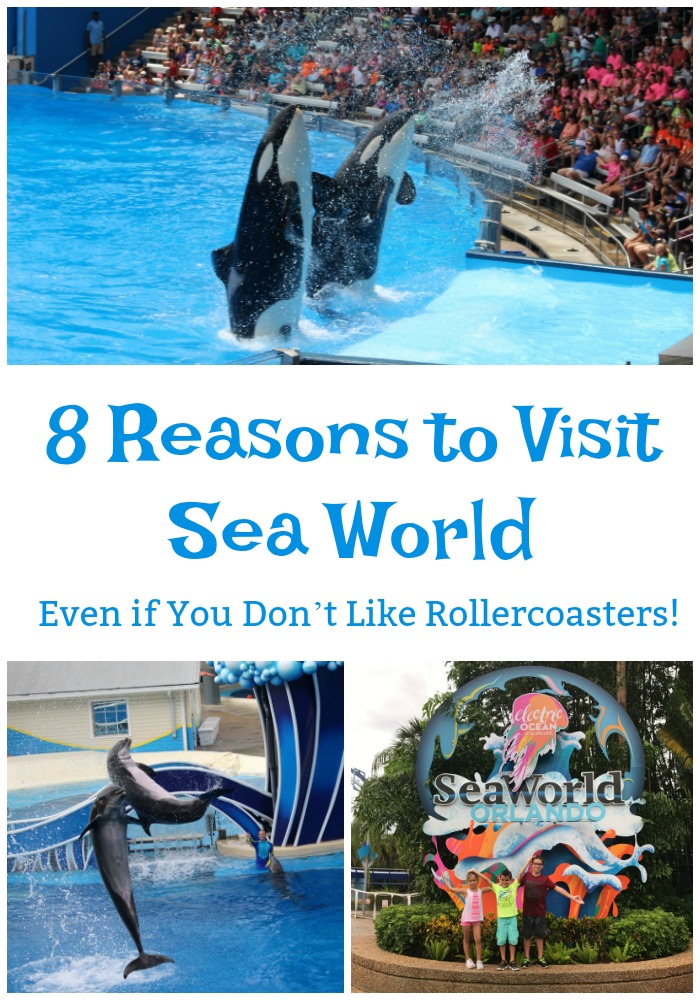 My oldest, who is the only one tall enough to ride most of Sea World’s roller coasters, hates high-speed attractions.  Plus, my younger two are past the kiddie ride age, but not yet tall enough for the coasters, although they can’t wait!  Because of this, I wasn’t sure how our trip over would go because all I had seen up and down i4 were billboards for the tallest and fastest roller coasters.  However, our visit was AMAZING, Sea World ended up being my younger son Aidan’s “Favorite place in Orlando”.  So I compiled my top reasons to visit Sea World Orlando!

SeaWorld has a lot of new roller coasters that look amazing, but there is so much fun to be had for families that aren’t into the thrill-seeking rides (or like me, can’t leave your children to jump on one). 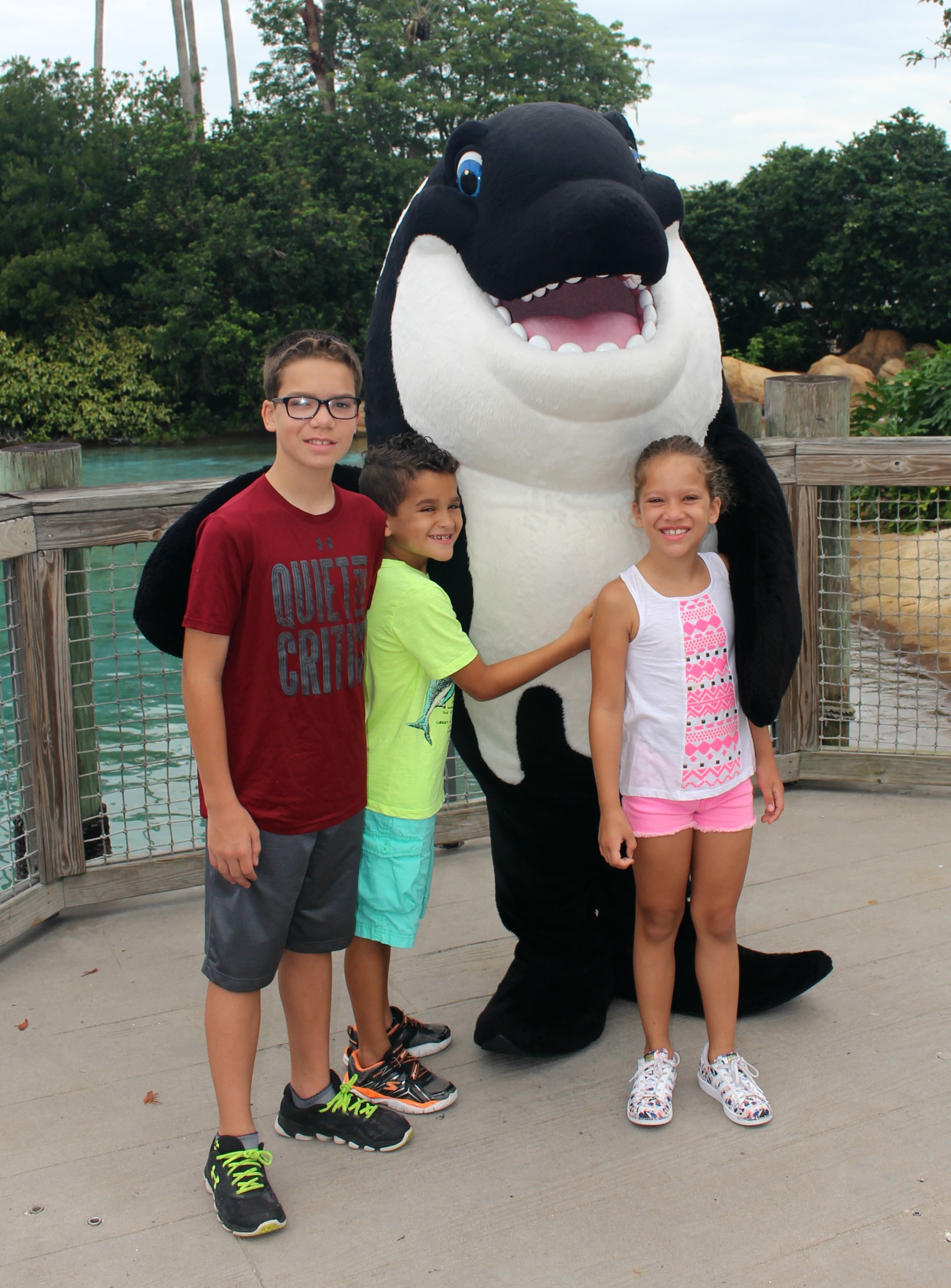 One Ocean Show:  This majestic killer whale show is located in the Shamu Stadium.  This is an incredible show and I am so happy we got the chance to experience it before the Orca shows are phased out.  This show had my younger son, Aidan, walking away saying “I’m going to clean the beach when we go on the boat mommy” That’s an awesome message to be able to instill in an 8-year-old.  Plus, the killer whale is now his favorite animal. 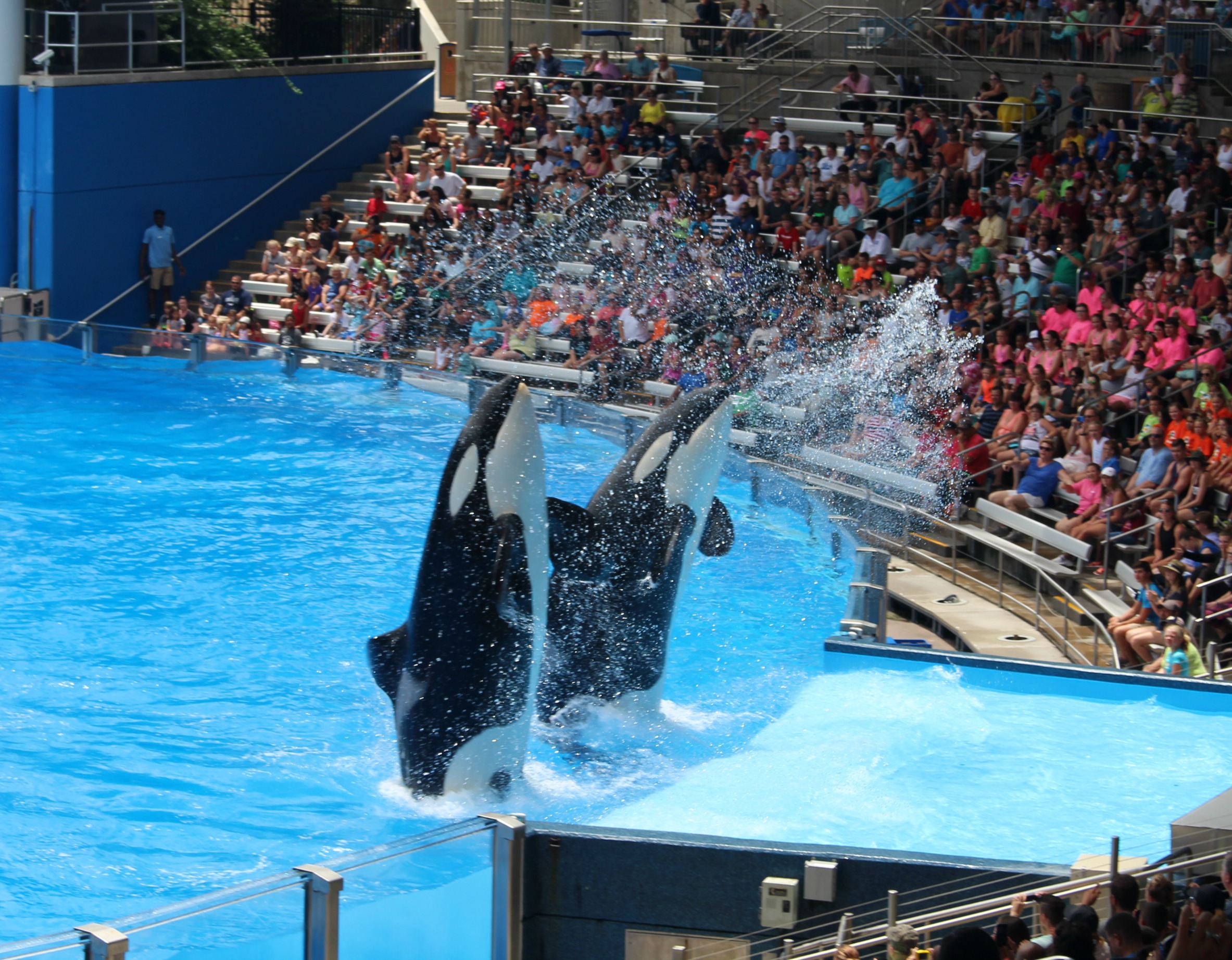 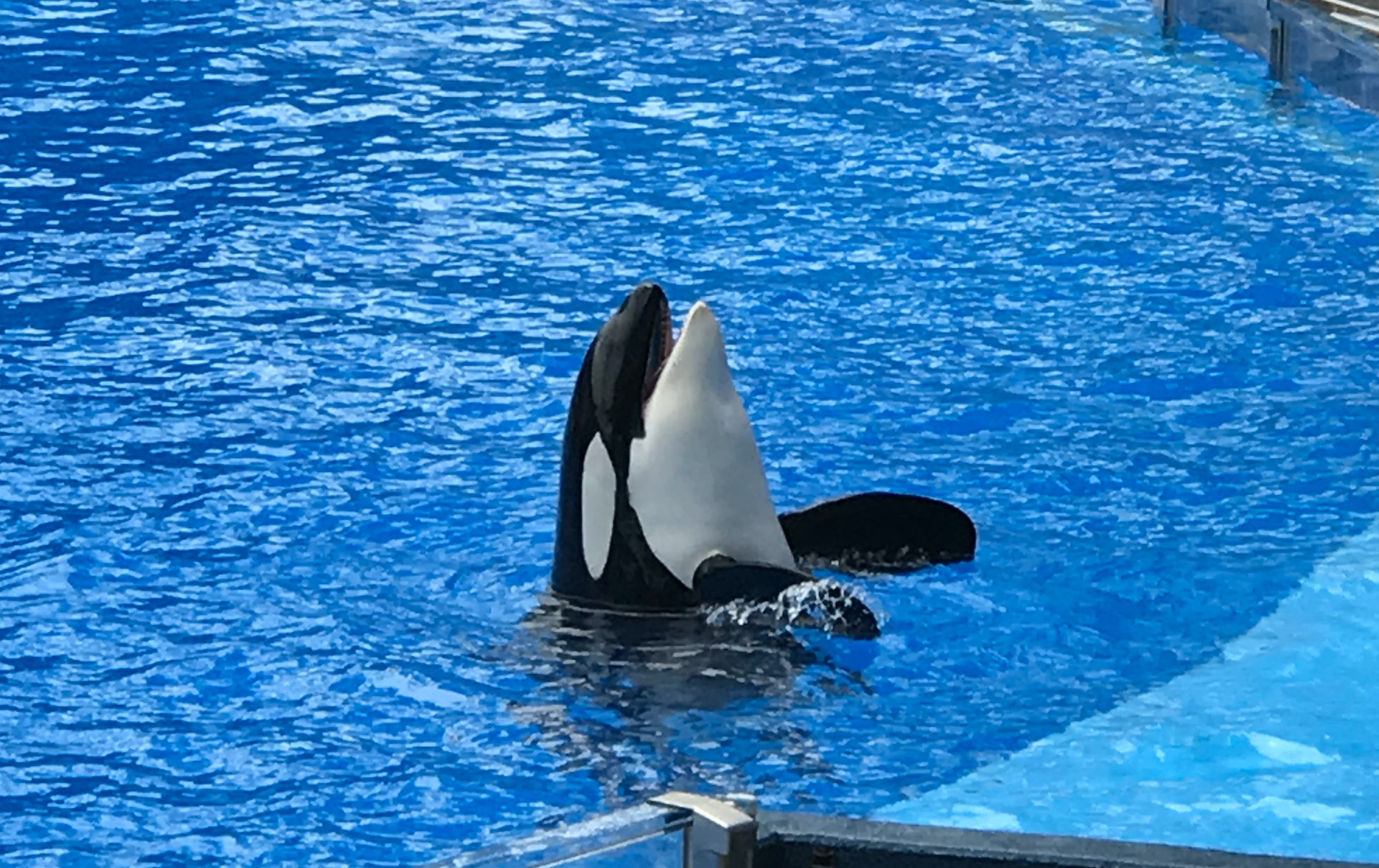 Dolphins:  There are several ways to see dolphins at Sea World Orlando.  There is a great Dolphin Cove, where you can see them swimming under the water.  This is one of my favorite places to hide from the rain!

The Dolphin Days Show is my second favorite show and it’s a must-see. 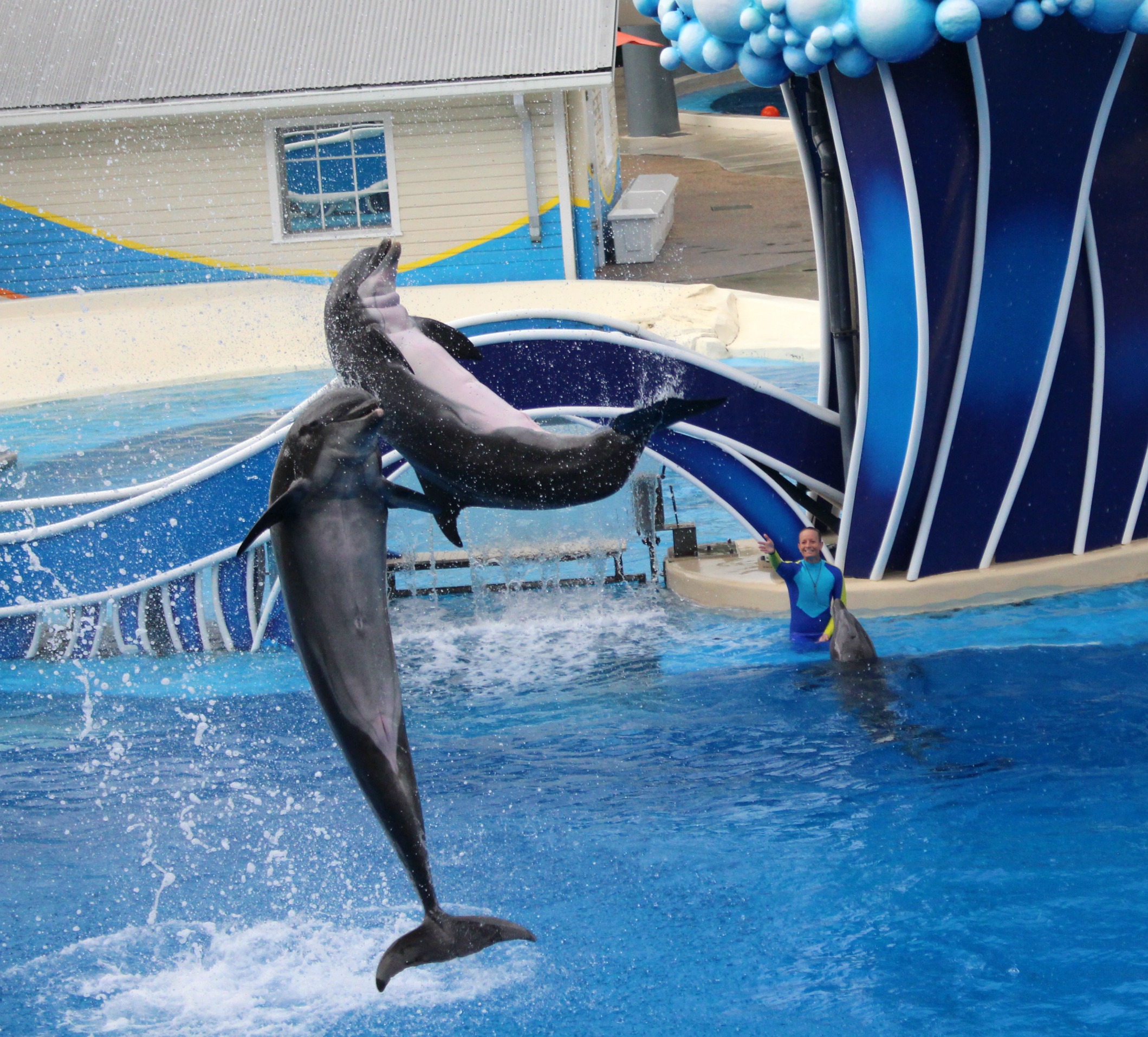 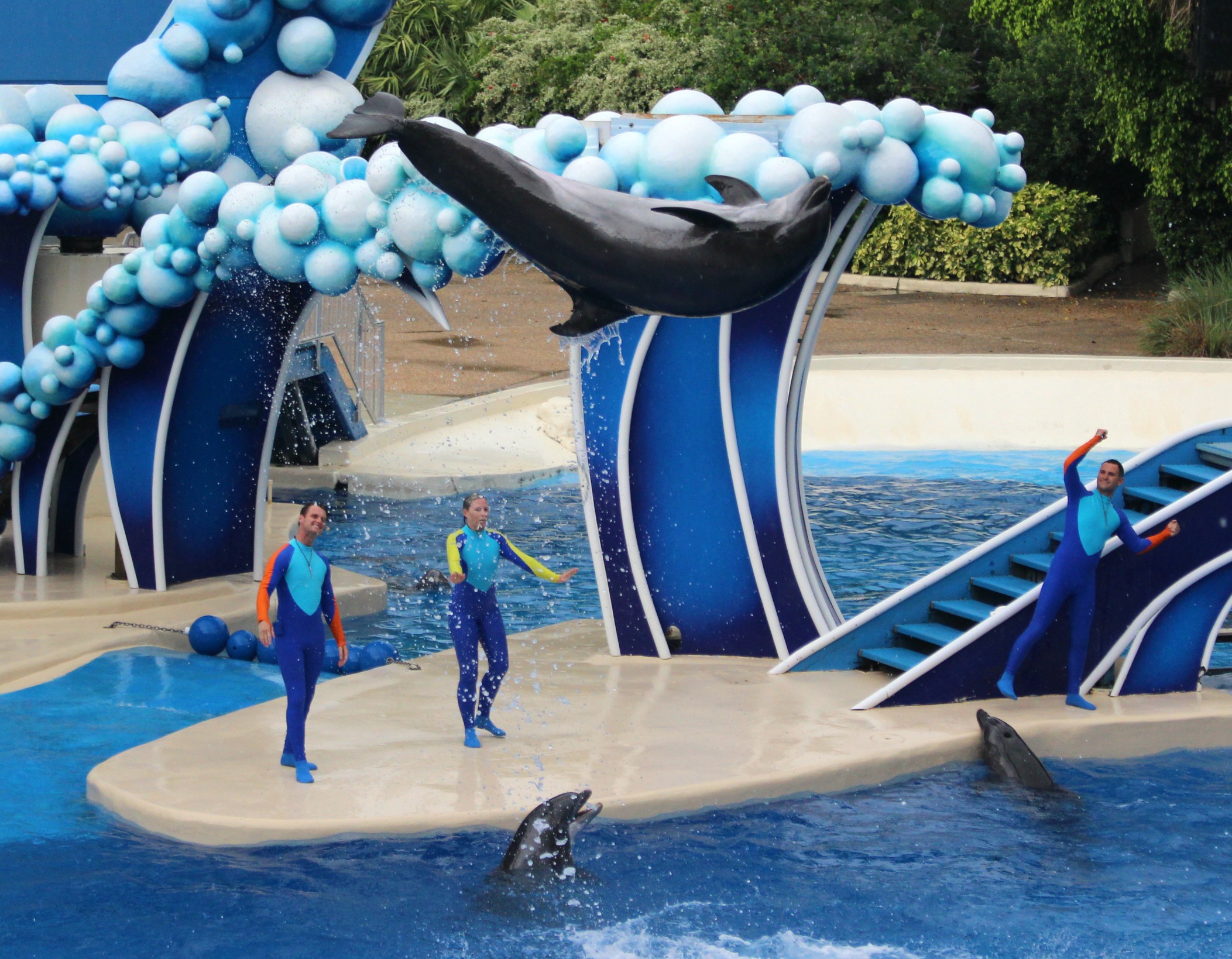 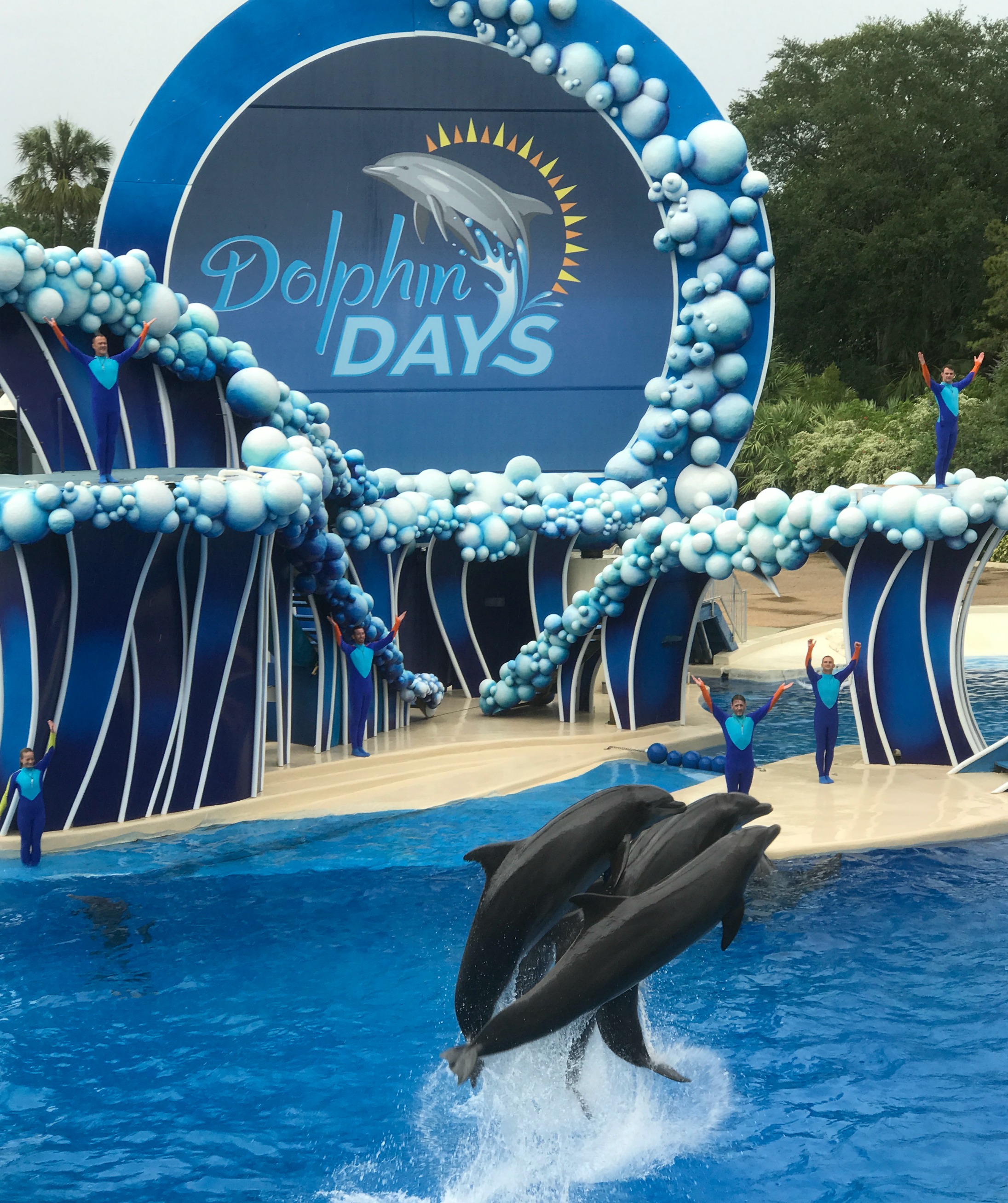 Another way to not only see the dolphins but to also get hands-on with them is to purchase a Dolphin Encounter ticket for $15 a person.  During the Dolphin Encounter, you are able to go into the roped off dolphin area with an instructor and touch the dolphins and learn some tricks. One suggestion I have for this animal encounter is if you have an extra adult who doesn’t want to do the Dolphin Encounter or can do it at a later time, have them stand across from the dolphin area and take pictures.  You are not allowed to bring cameras up to the dolphin area, thus making you purchase photos from the professional photographers that are standing up there.  The photos were expensive and not the greatest quality.  If my husband was with me, I would have had him stay with the kids and went up to take my own pictures. 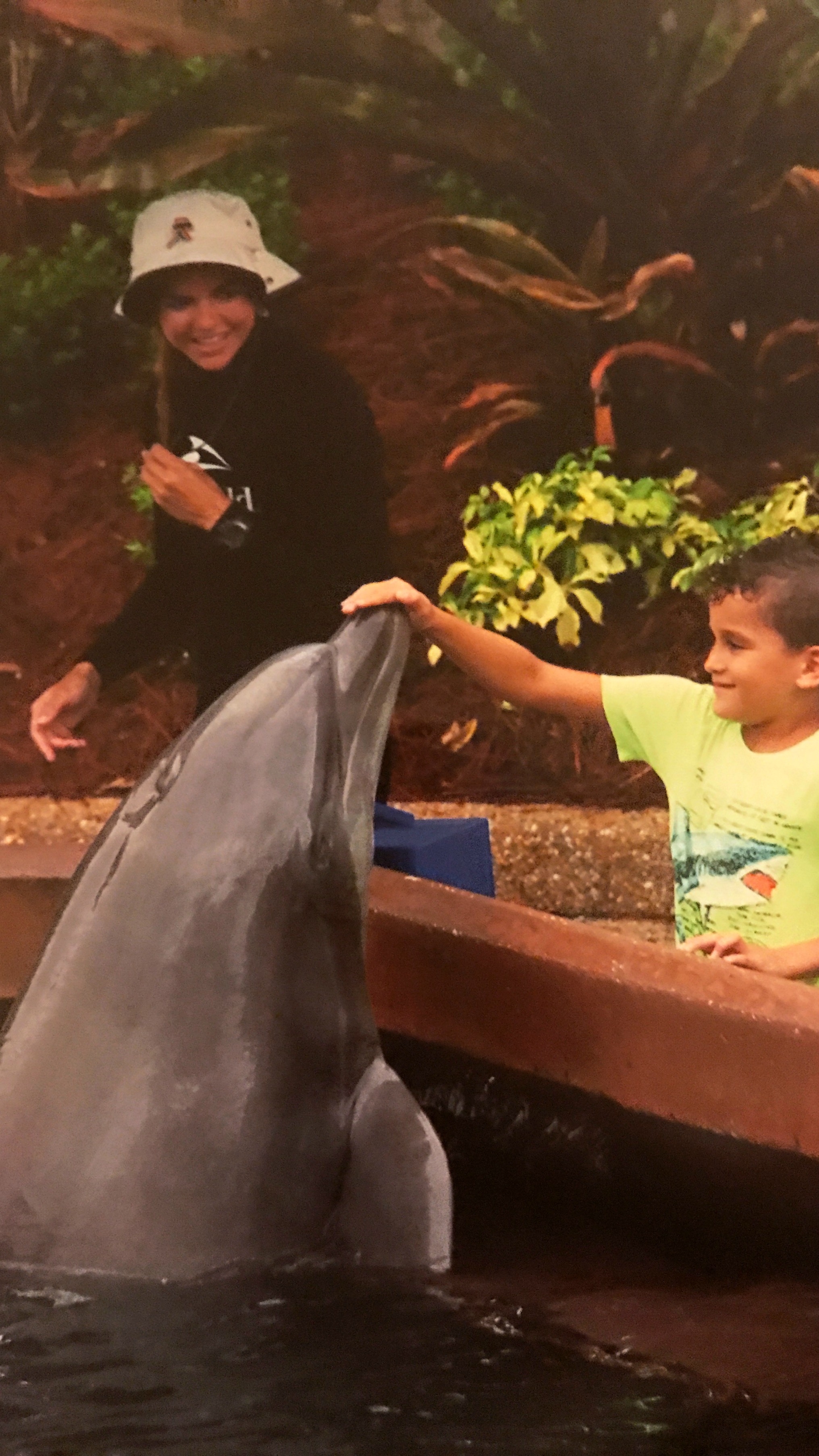 Shark Encounter:  This is Anthony’s favorite exhibit.  You get to walk through one of the world’s largest underwater viewing tunnels, where you can see several types of large sharks.  Outside of the underwater shark area, is a shark touch tank which was incredible.  The kids and I learned so much about sharks during our visit! 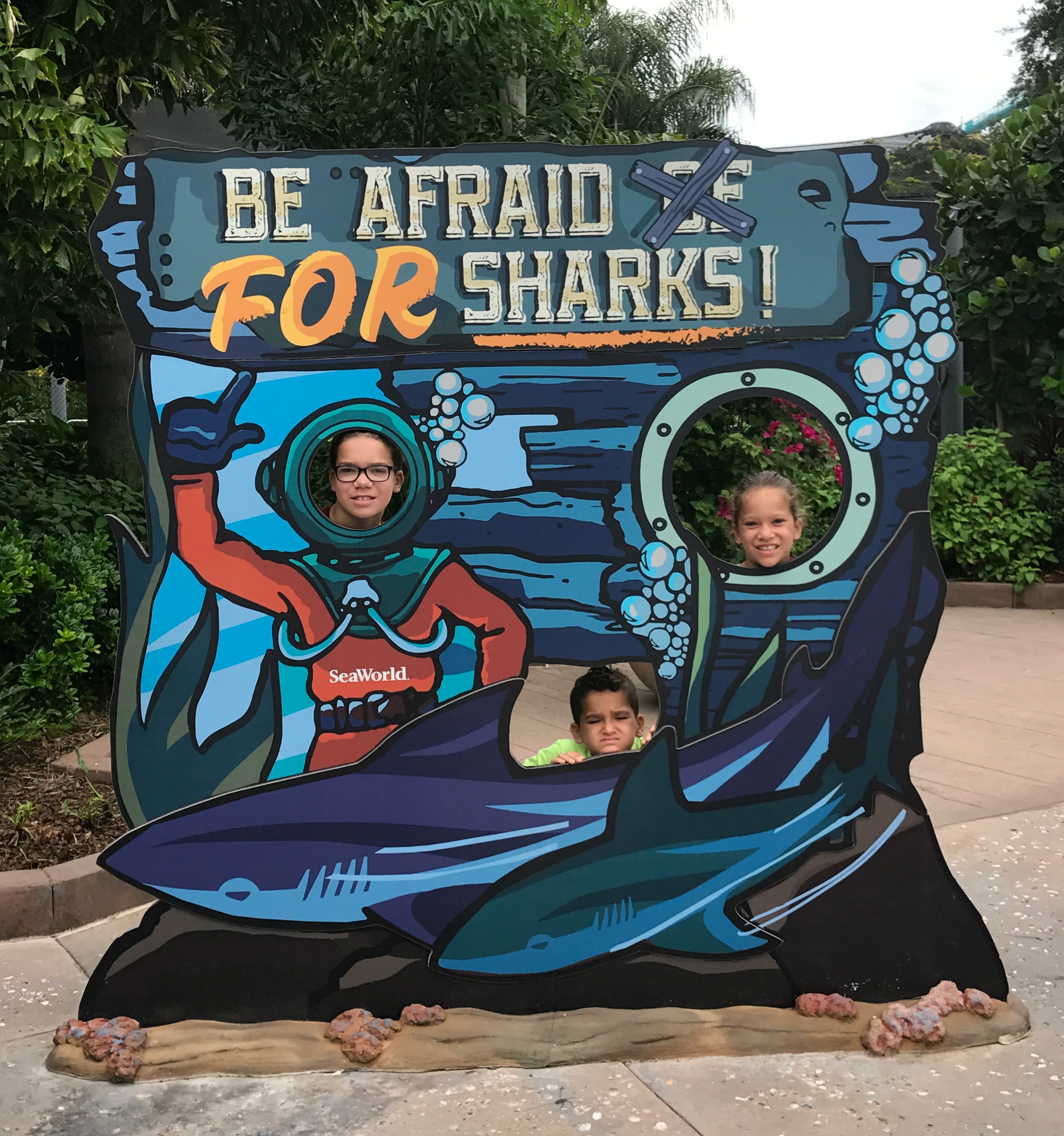 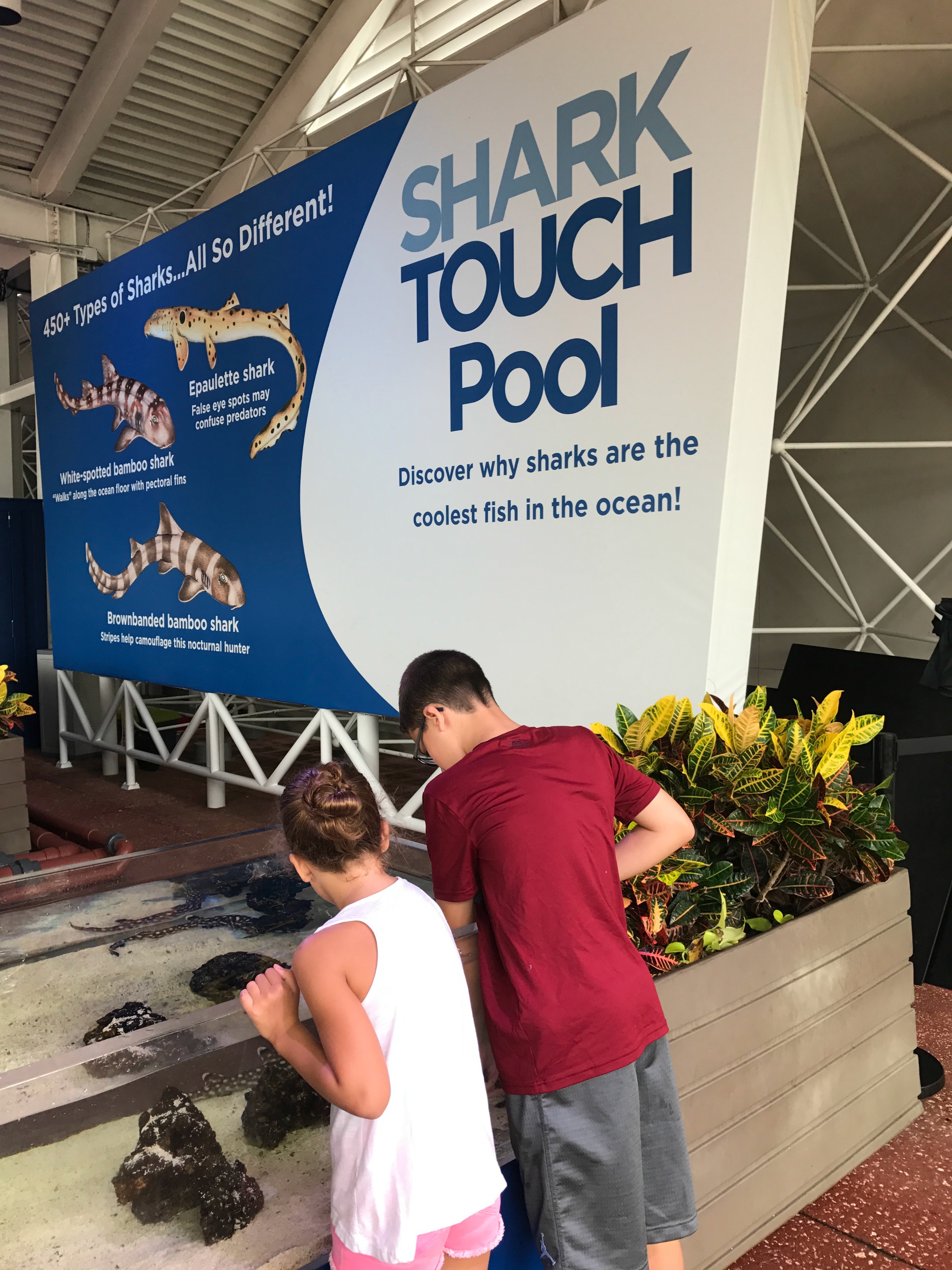 Stingray Lagoon:  This is another touch tank location that was a hit with my kids.  The stingrays were very friendly and came right up to the kid’s hands.  Sea World also sells stingray food so that you can feed them in the touch tank.  The food is reasonably priced a $5 for one tray and $20 for 5 trays. 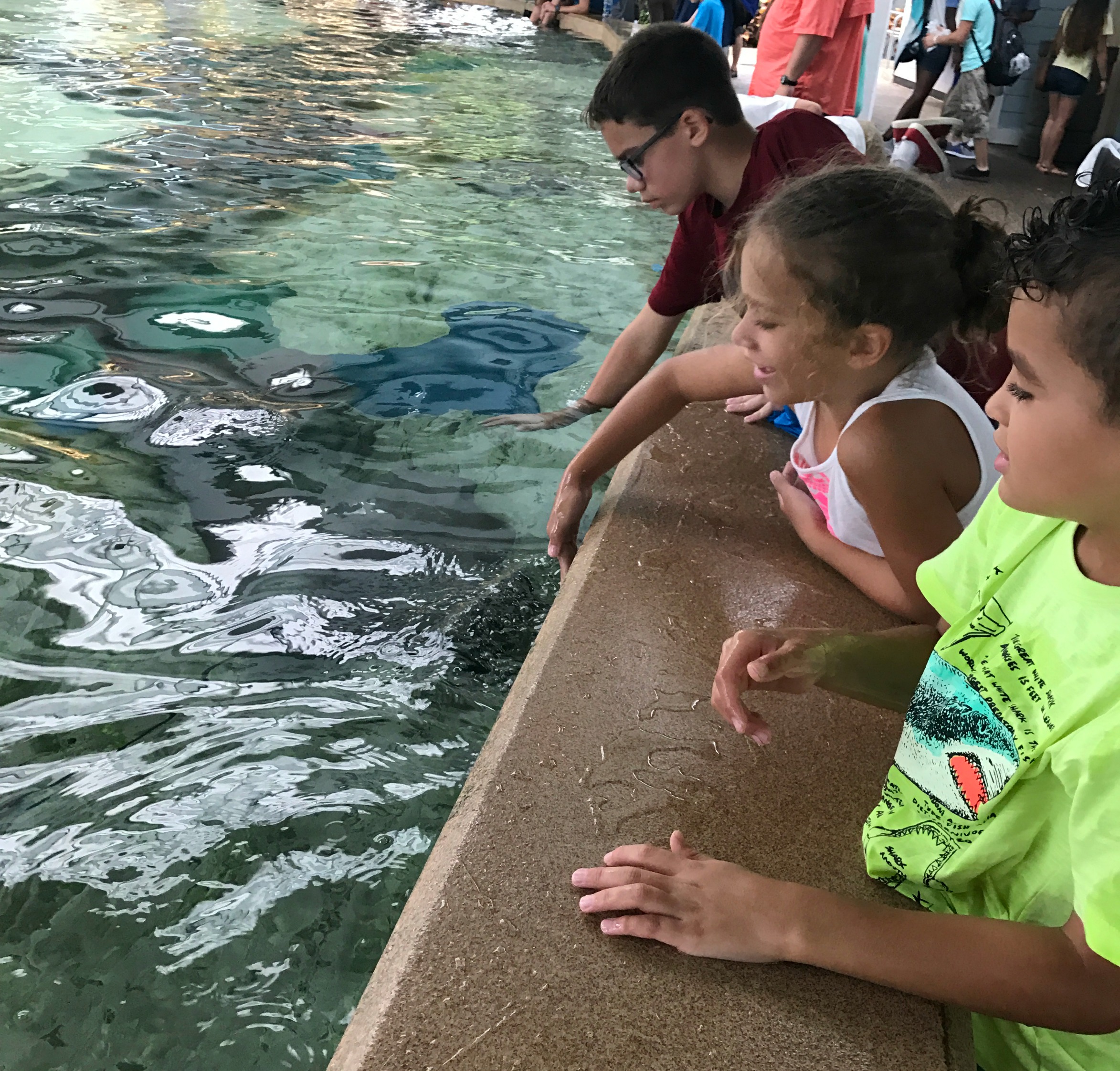 Antarctica Empire of the Penguin:  First we went on the fun ride which takes you through the icy world of Antarctica through the eyes of a penguin named Puck.  As we exited the ride we were immediately in the penguin habitat which was one of my favorite habitats of the day.  The Penguins are close and listening to them talk is fun, but best of all when you walk downstairs you get to see them diving into the water, and they are very social with the kids who play near the glass viewing area. 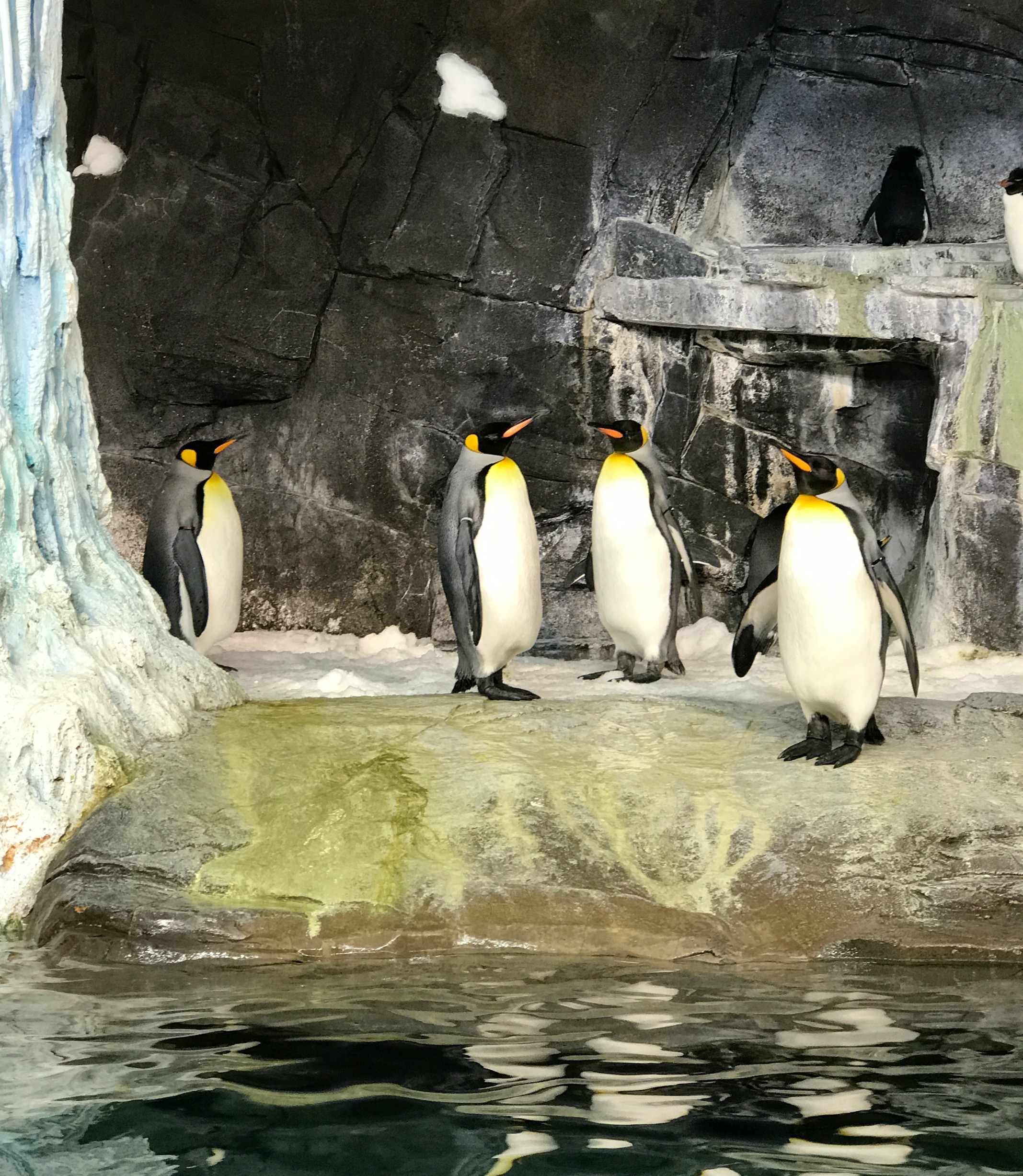 Shamu’s Happy Harbor:  This area offers a lot of water spraying activities and kiddie rides, but we didn’t want to get wet yet so my kids stuck to the huge play structure in the center that is so big and fun, kids of all ages were running, climbing, and sliding through it.  All the exhausted parents were sitting down around it, taking a break, I joined them. 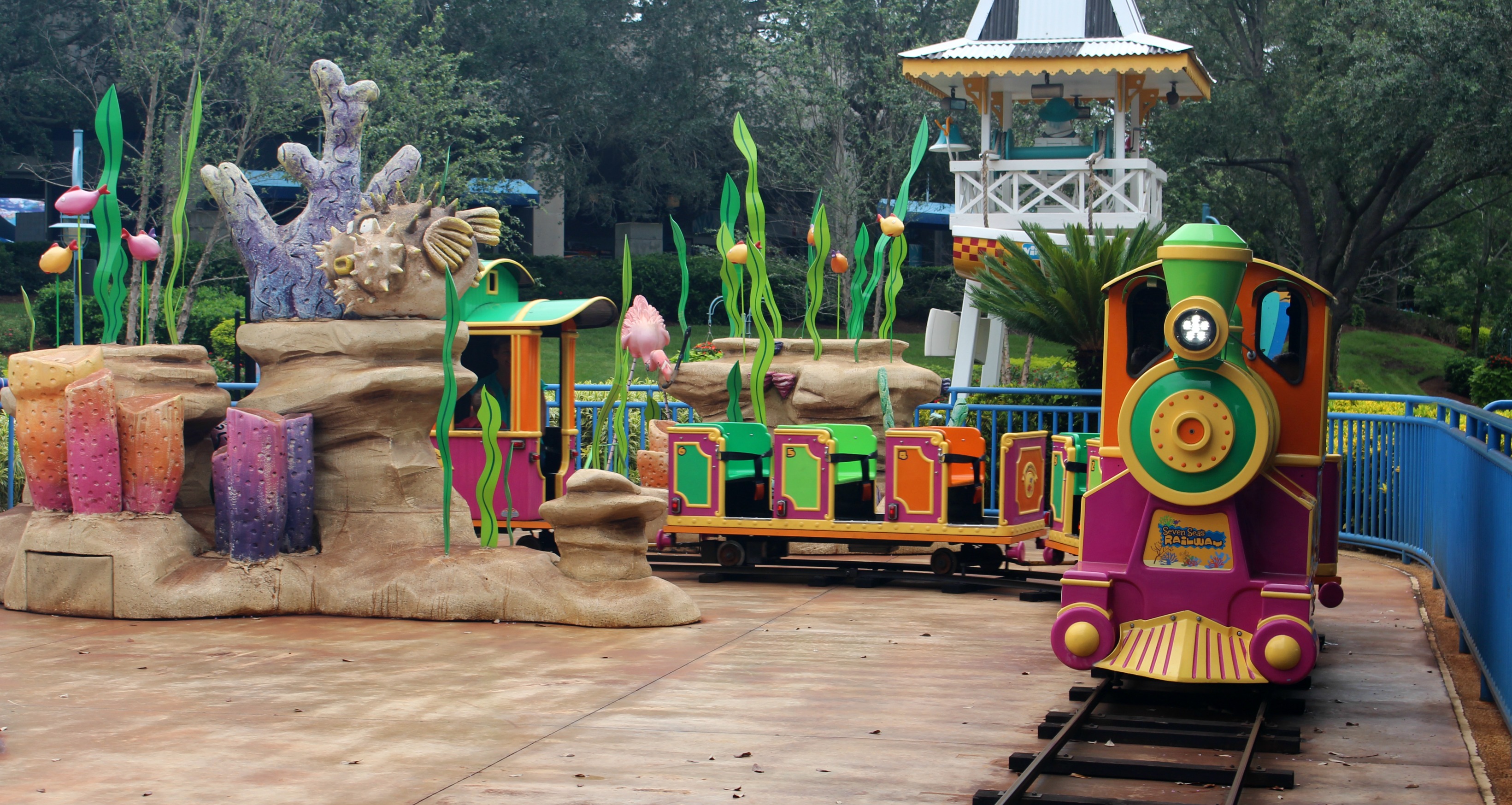 Wild Arctic:  This area has a fun flight simulator that takes you on a helicopter ride through the landscapes of the frozen north.  The Habitat area of the Wild Arctic features a Baluga Whale which is such a beautiful animal.  We had never seen a Baluga whale before and it was an amazing sight. 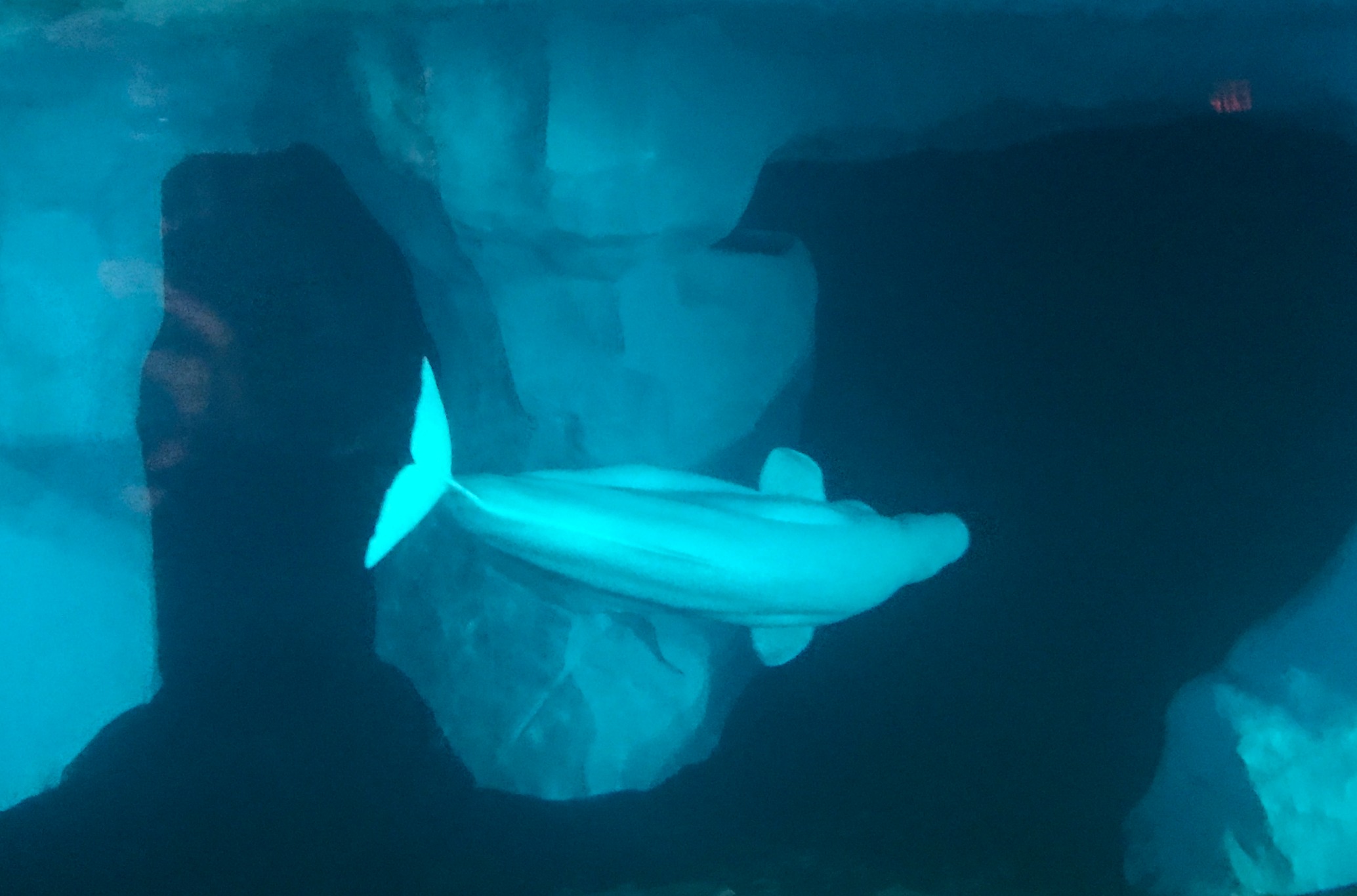 Turtle Trek:  This is another awesome place to get stuck in a rainstorm!  The first area is where you can view all the sea turtles underwater, and they are so fun to watch.  We sat down on the stairs and watched them swim for about 30 minutes.  Next, we saw TurtleTrek®’s 3D 360° which allows you to see what it’s like to “be a turtle” while learning about the incredible journey these amazing animals face during their lives. 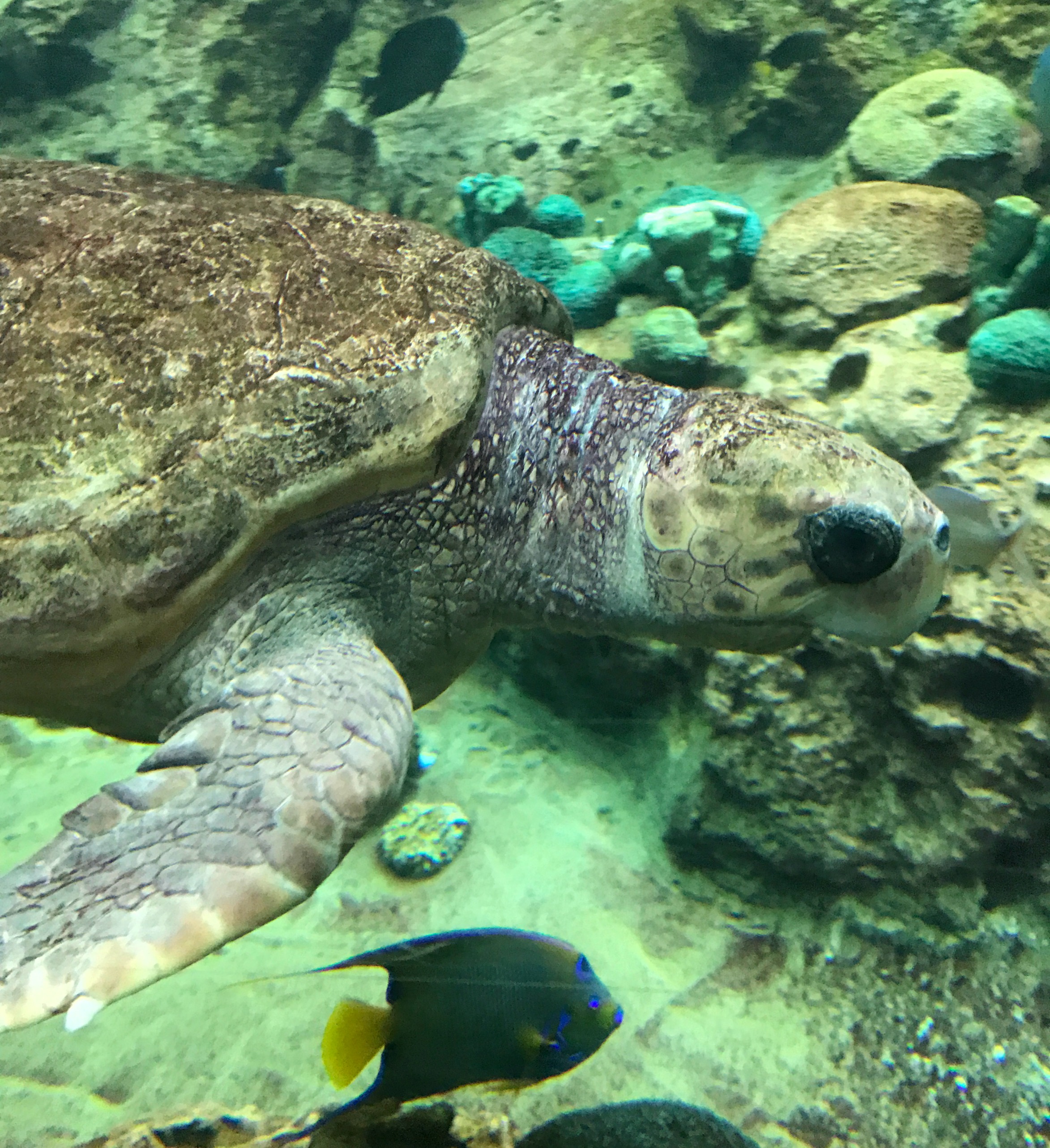 We had an amazing day at Sea World Orlando!  It is definitely a must visit while in Orlando! 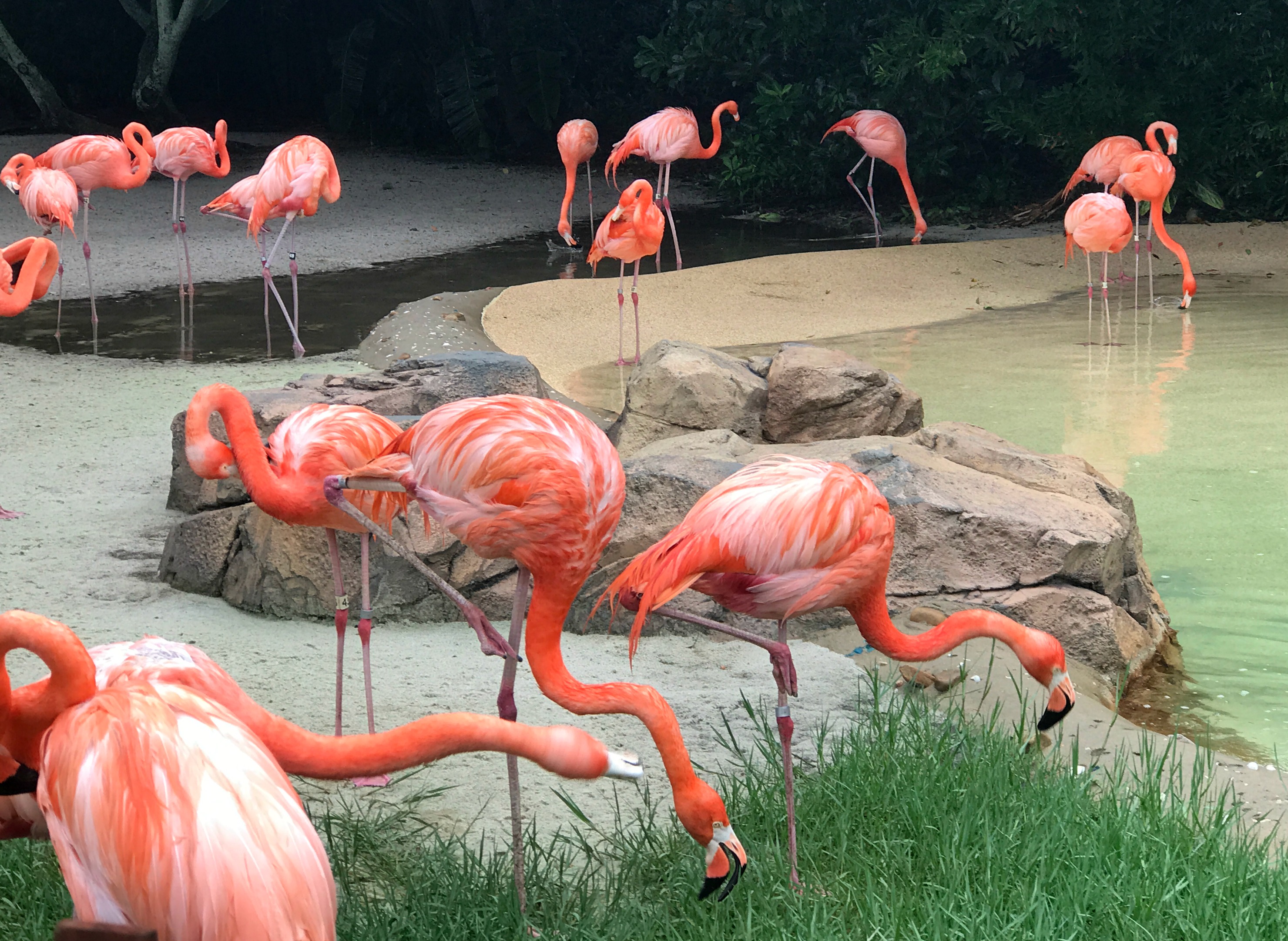 Admission prices start at $79.99 a person plus tax when purchased online.
The cost goes up to $99.99 plus tax at the ticket desk. 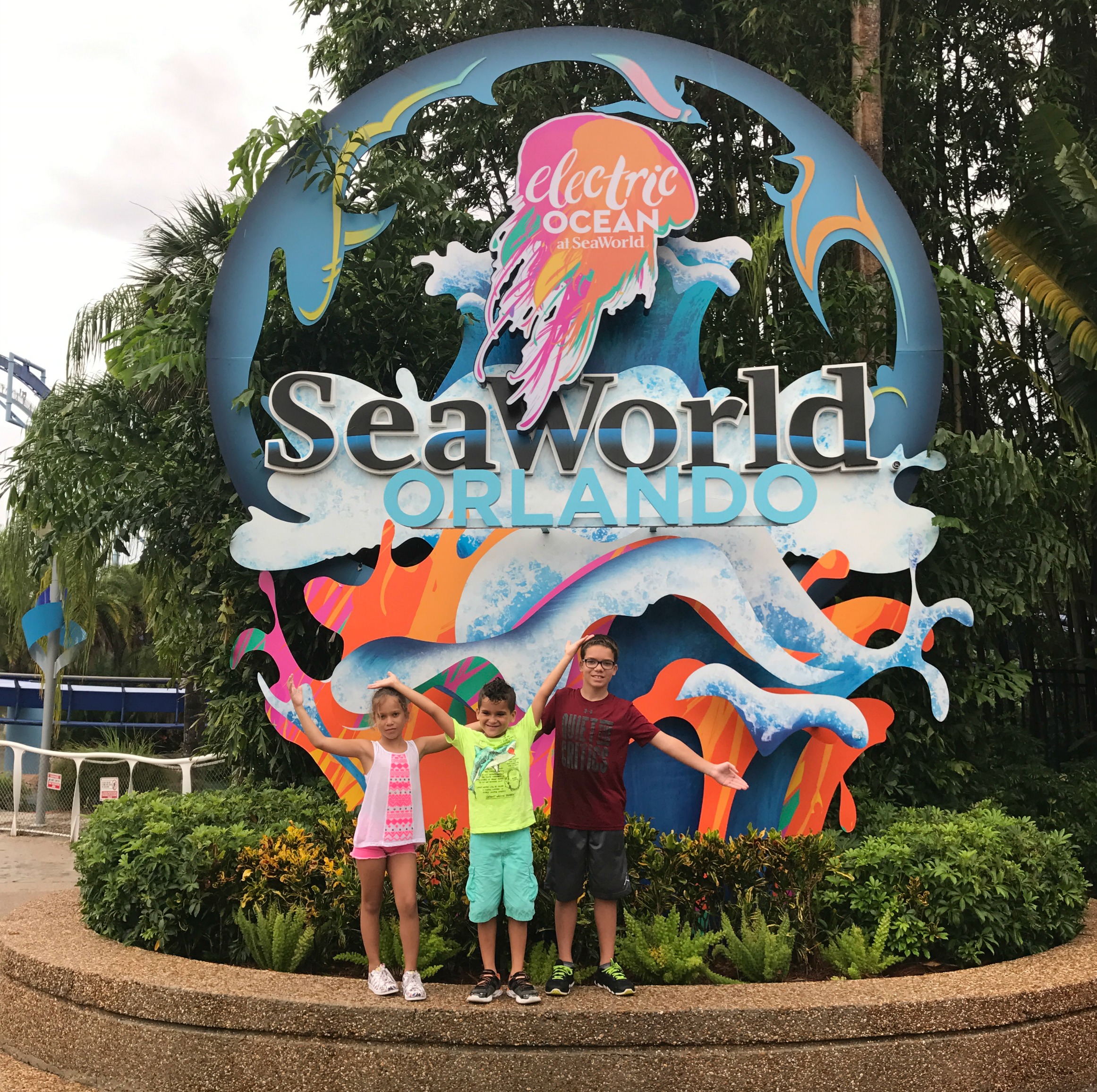 Previous Post: « The Complete Guide to Crayola Experience Orlando!
Next Post: Coco is coming to theaters on November 22nd!!! »