248shares
We walked through Times Square fairly quickly, the place was packed and with all the lights and hustle n bustle, Aidan was trying to run off and the closeness of strangeness was pushing him into meltdowns over everything.  The one thing that made him happy was meeting Iron Man!  These people dress up in costumes and hang out taking pictures with people, sounds cool huh? ya until the pictures were taken and you learn how rude they are about being paid for it!  I figured ok no big deal gave the one I asked for the picture a dollar and tried to walk off, but the ones who jumped in the pictures (without being asked or mentioned) would be incredibly rude by Lilly’s pic I just paid them both to avoid any problems.  I mean I have no problem tipping people for doing this.  There obviously doing it for a reason, I had no problem paying $5 to take Lilly’s picture with a Snake in Battery Park but at least there the people taking the pictures are respectable and polite!  Oh well, chalk it up to experience, and either way, the kids got to meet some characters and I got some cute pictures.  Aidan’s exact words were “Mommy when I grow up I be like Iron Man, He’s so coooooool!” 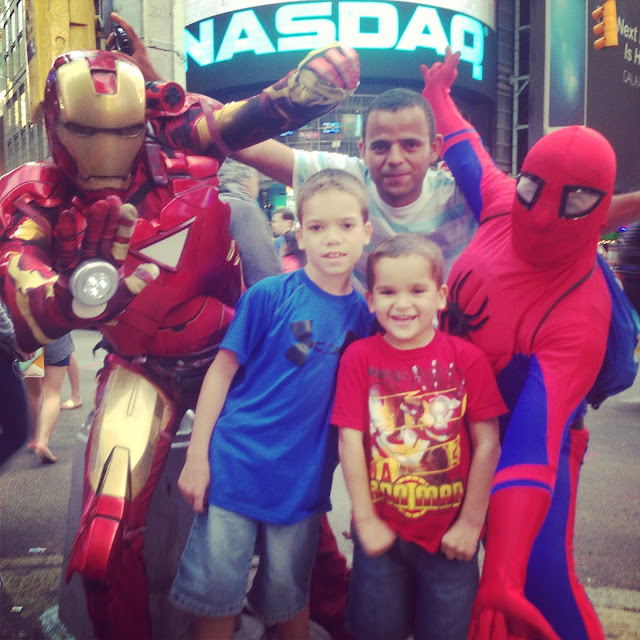 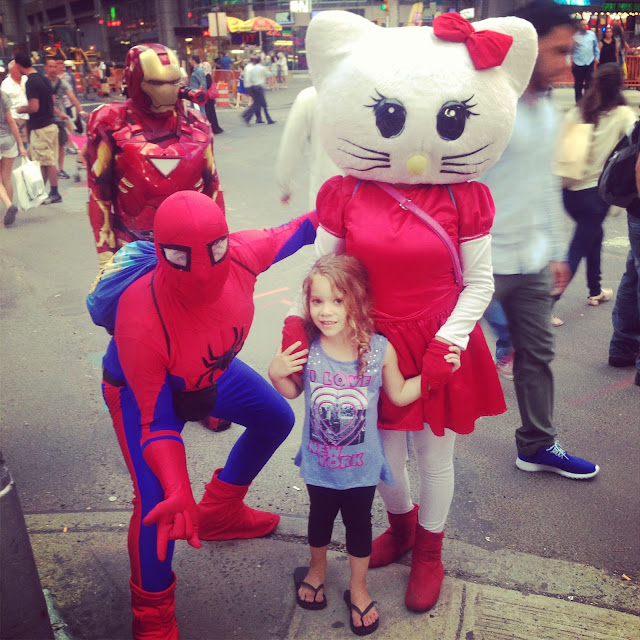 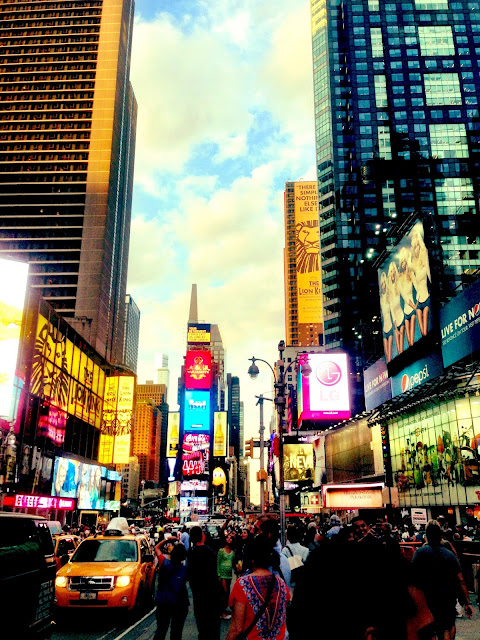 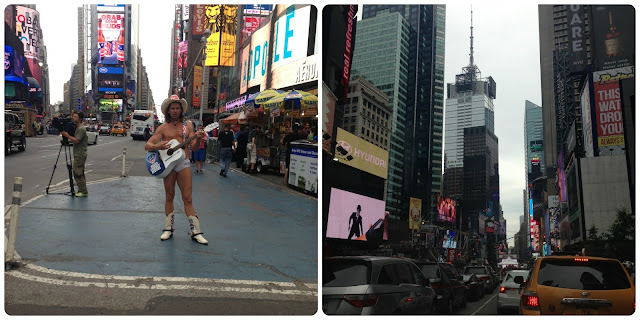 Once we made it through Times Square walked over to Bryant Park to relax a bit and put the kids on the classic Carousel.   This park was the coolest, they had an ice cream area and a bar.  The kids enjoyed the carousel and running in the park, I loved the feeling of laying on the grass surrounded by the city, the atmosphere was so amazing.  This park became one of my favorite places in New York City! 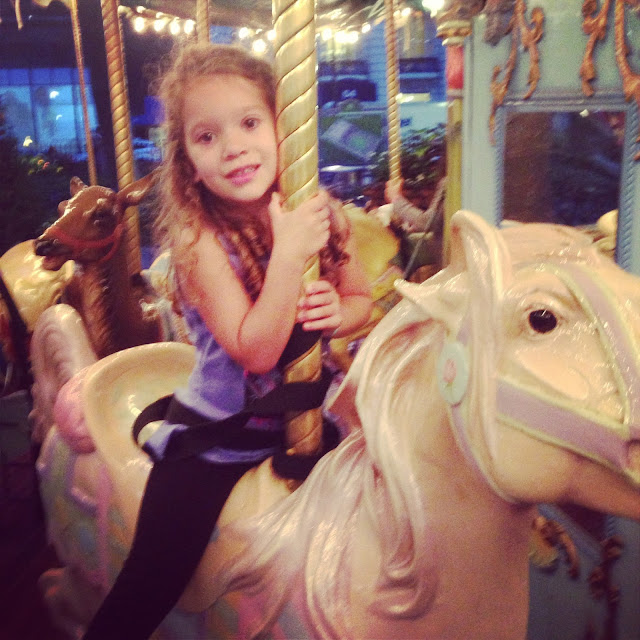 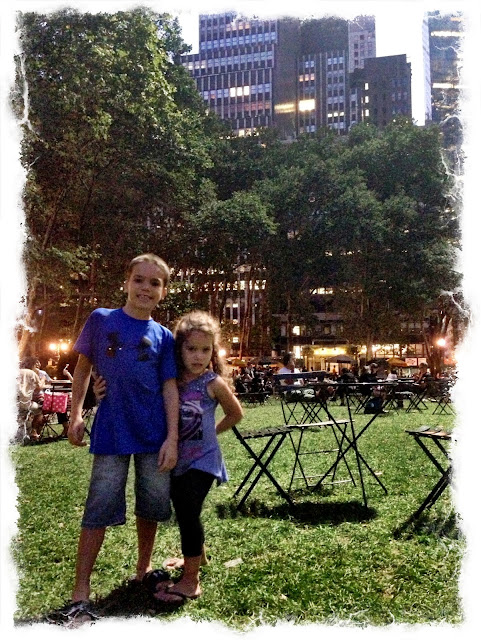 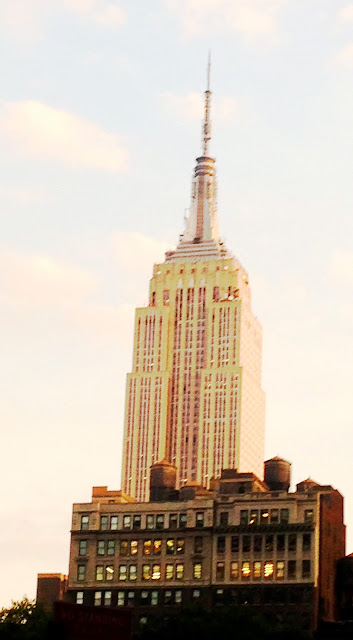 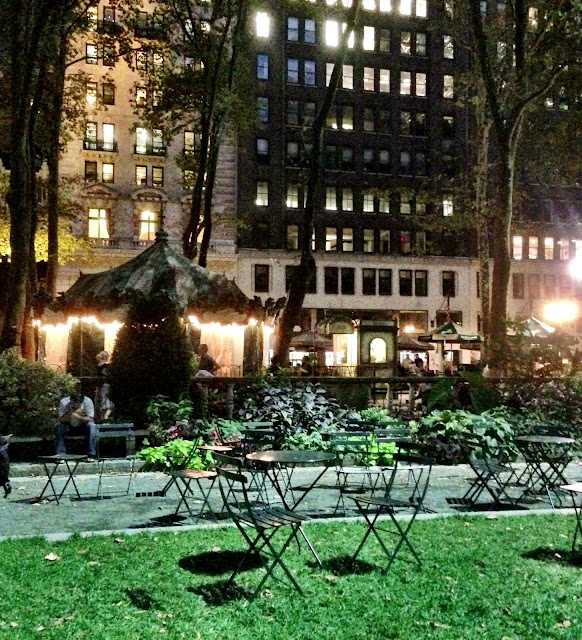 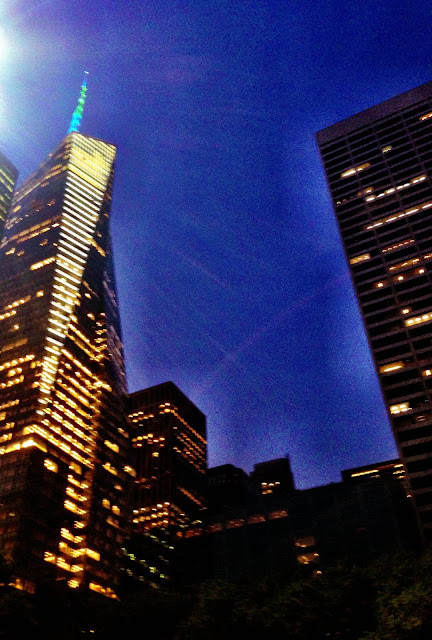