his review was made possible by iConnect and Luvs.  I was provided compensation to facilitate this post, but all opinions stated are 100% mine. 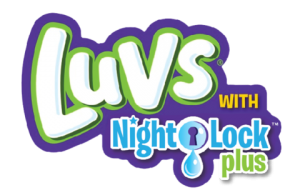 One of my first mommy memories is from the first day after my oldest was born.  My Nana came to visit me in the hospital for the second time that day (if you knew her health, you know how precious that was, and how proud/happy she was).  She was holding Anthony for a little while and my aunt came over to take a turn, when we all noticed a huge wet poop stain on Nana’s sweater… and up Anthony’s back.  I was waddling around from a rough delivery, but still he had just been changed!  This was my first lesson in diapers, when they don’t work, they really don’t work.

For the first year or so, I still through money in the diaper swamp on pricey diapers because I didn’t know any better.  Then one of my best friends who had become a mom a year before me saw me wrestling an on the move little guy into an expensive diaper and well, laughed at me.  She tossed me a Luvs diaper and the rest was history.
Luvs knows parenthood is a roller coaster ride, but experienced parents value the things that help them get through the day and that make their lives a little bit easier.  My best mom friend and a diaper that got the job done without breaking the bank (like Luvs) were my saving grace.

Thankfully I was on the Luvs train when I had the twins because two times the diapers, wasn’t much fun.

Luvs have been great from the day my friend gave me one but now they’re even better! Luvs recently introduced the new and improved Luvs Ultra Leakguard Diapers with Night Lock Plus™.
Softer and more absorbent than before, with large stretch tabs for easy fastening, ultra-leakage protection and a money-back guarantee! 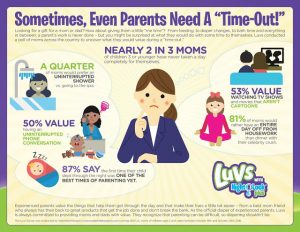 Luvs shared some really interesting info from a formal poll they conducted of moms across the country.  They take a look at parenting like it really is and uncovered what they truly value most.  I can definitely agree with these!

Luvs is on a mission to celebrate and embrace what experienced parents value and “Luv” every single day. Be sure to join the #WhatULuv Twitter party hosted by @iConnect and @Luvs, on November 29th, 9-10pm EST to share what you value as a parent. 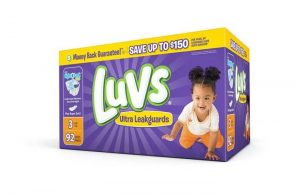 Previous Post: « Top 5 Reason why the Nabi ELEV-8 should be on your Christmas List!
Next Post: Create a Fun Reading Nook with Discovery Kids Foldabel Play Tent »