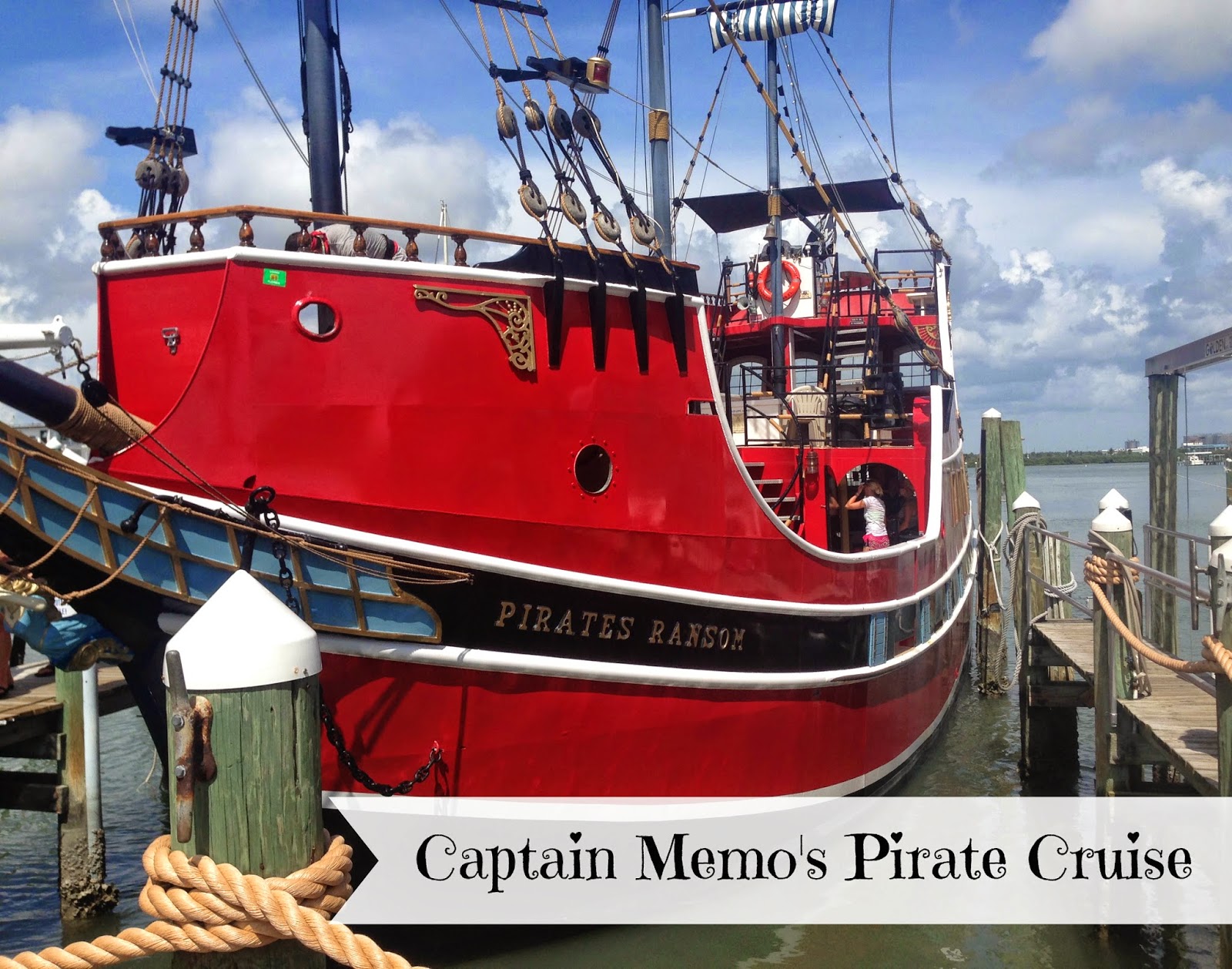 While in Clearwater, Florida last month we took a ride on Captain Memo’s Pirate Cruise.  This was the best boat ride I have ever been on!
At first, I was put off a bit by the price, at $39 for adults and $27 for children, this seemed to be the most expensive cruise experience along with the Marina line up.  Yet I figured we were on vacation and how often do you get to go out at sea on a pirate ship?  We got our tickets and began to board the ship.
As we boarded we were given pirate hats and the kids got water guns to use later on in the cruise. We also took a family photo with the Pirate and then headed aboard to set sail. 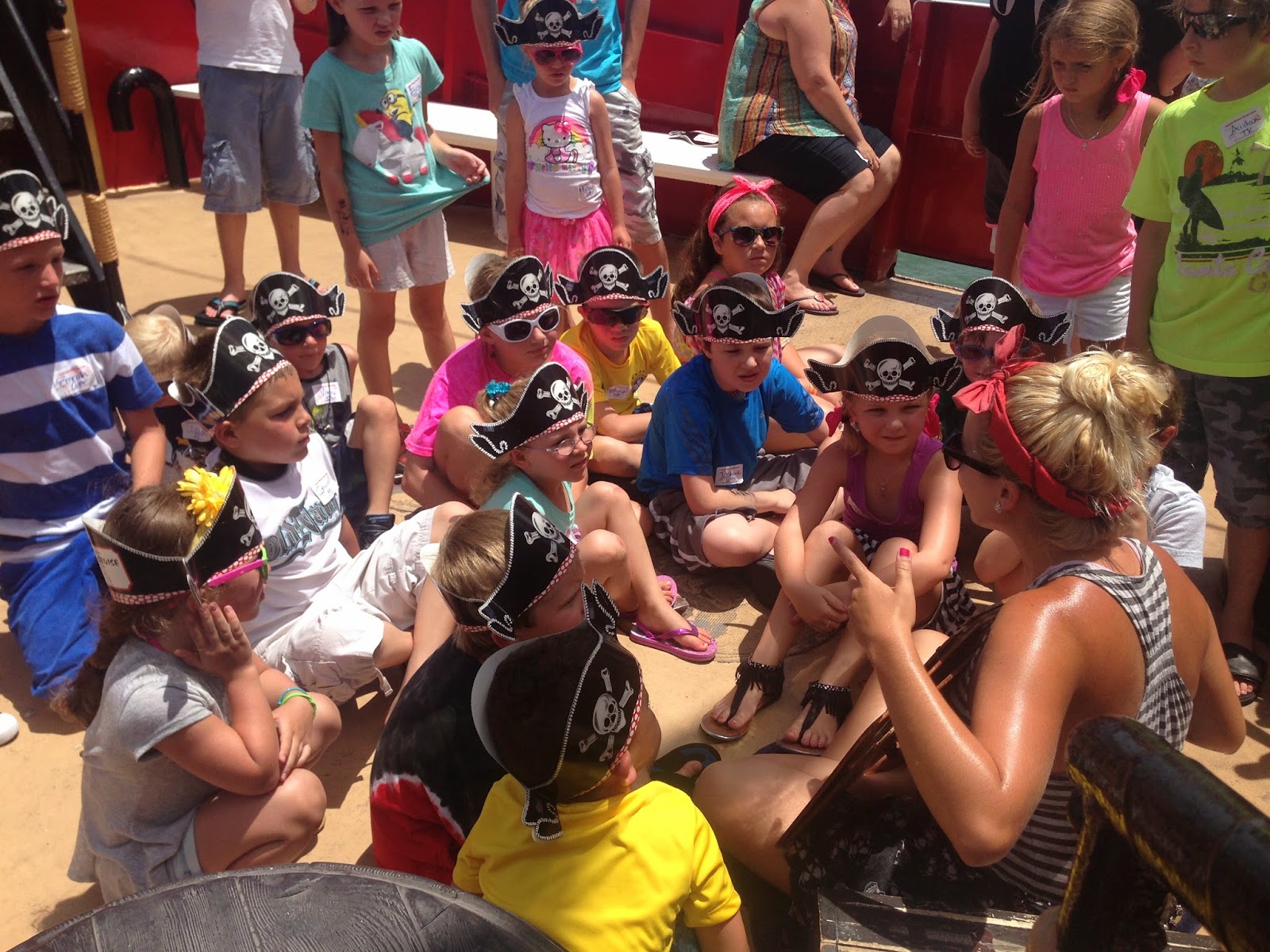 The Pirate Ship has 3 levels, the bottom main deck has a bar and bathrooms in the inner bow, the middle deck also offers an interior section with windows, and the top deck is for adults only and is the only area where smoking is permitted.  The top deck is also where the Pirate Ship’s Captains station is.
After we were onboard the pirate crew came around handing out Water, Soda, Beer, and Wine.  This continued throughout the entire cruise and was all you can drink!  With the music playing and the cold drinks flowing it was easy to relax, sit back, and enjoy the boat from the moment we came aboard.
Once at sea, the crew brought all the kids down to the main deck where they had a squirt gun right, face painting, pirate stories, a treasure hunt, and a dance party.  The boys loved the water gun fight but Lilly’s favorite part was doing the Limbo and conga line! 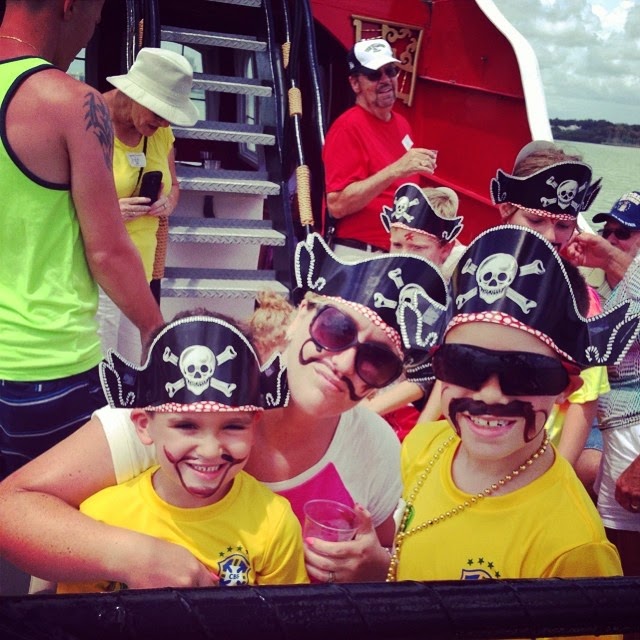 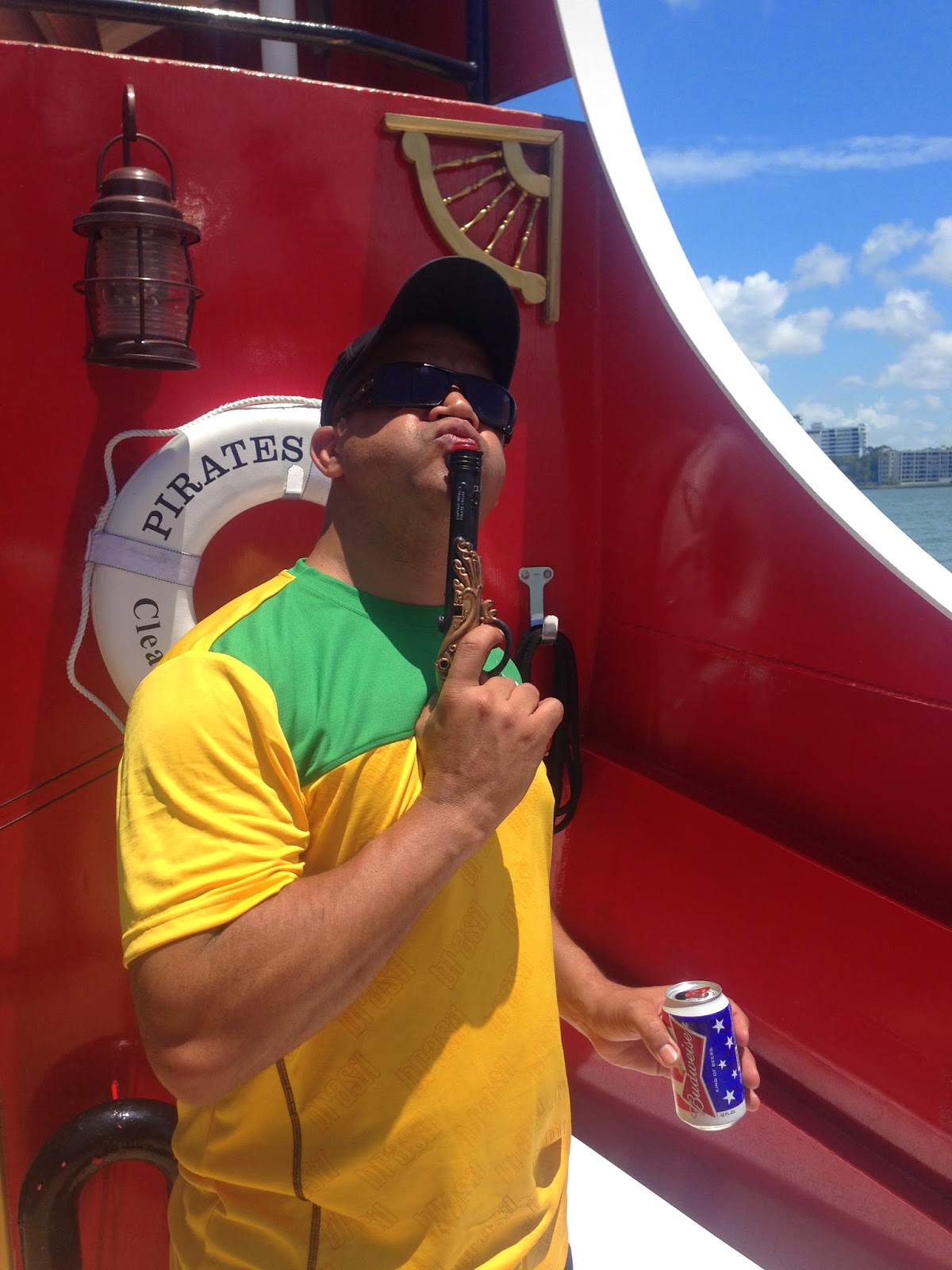 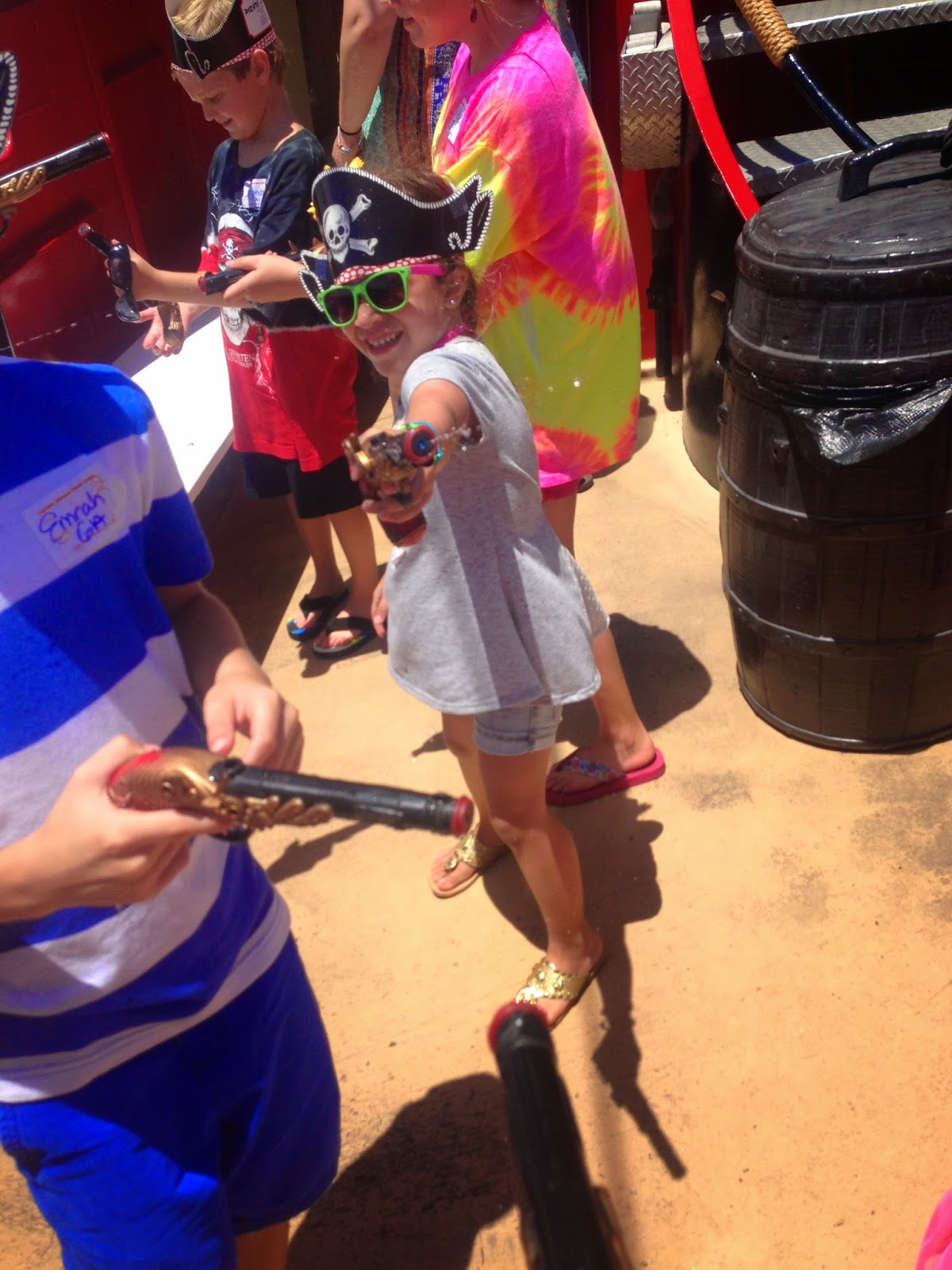 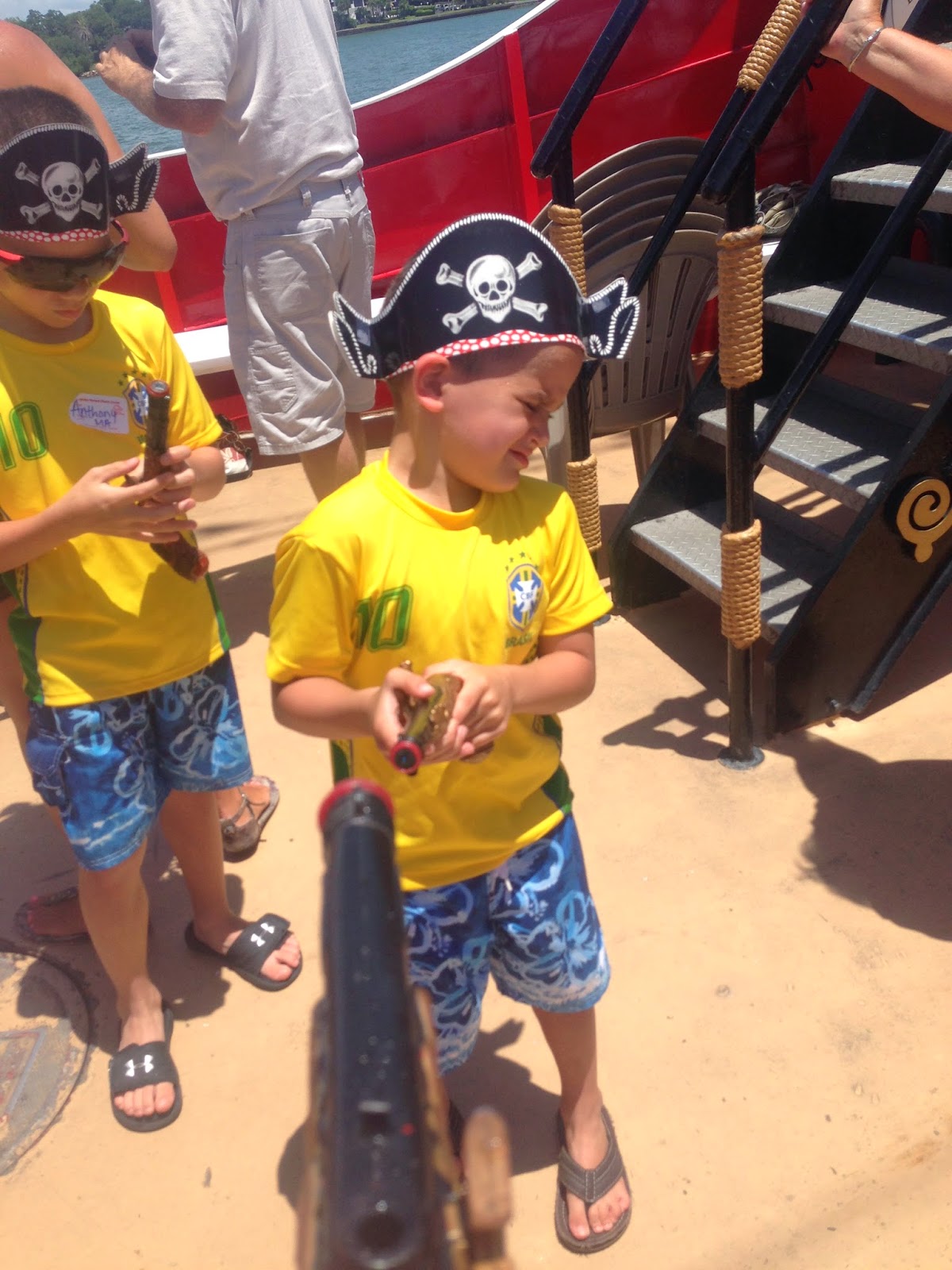 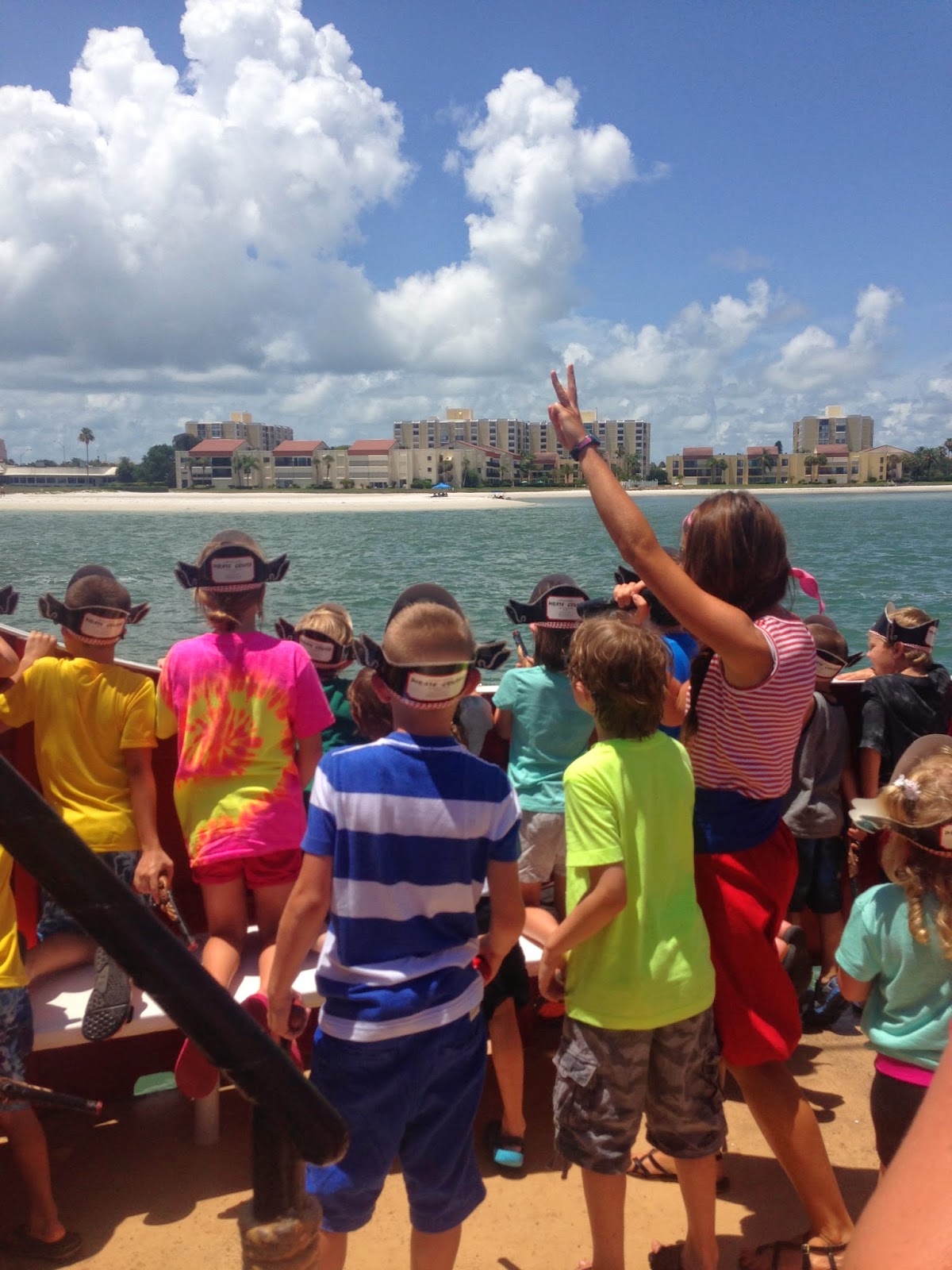 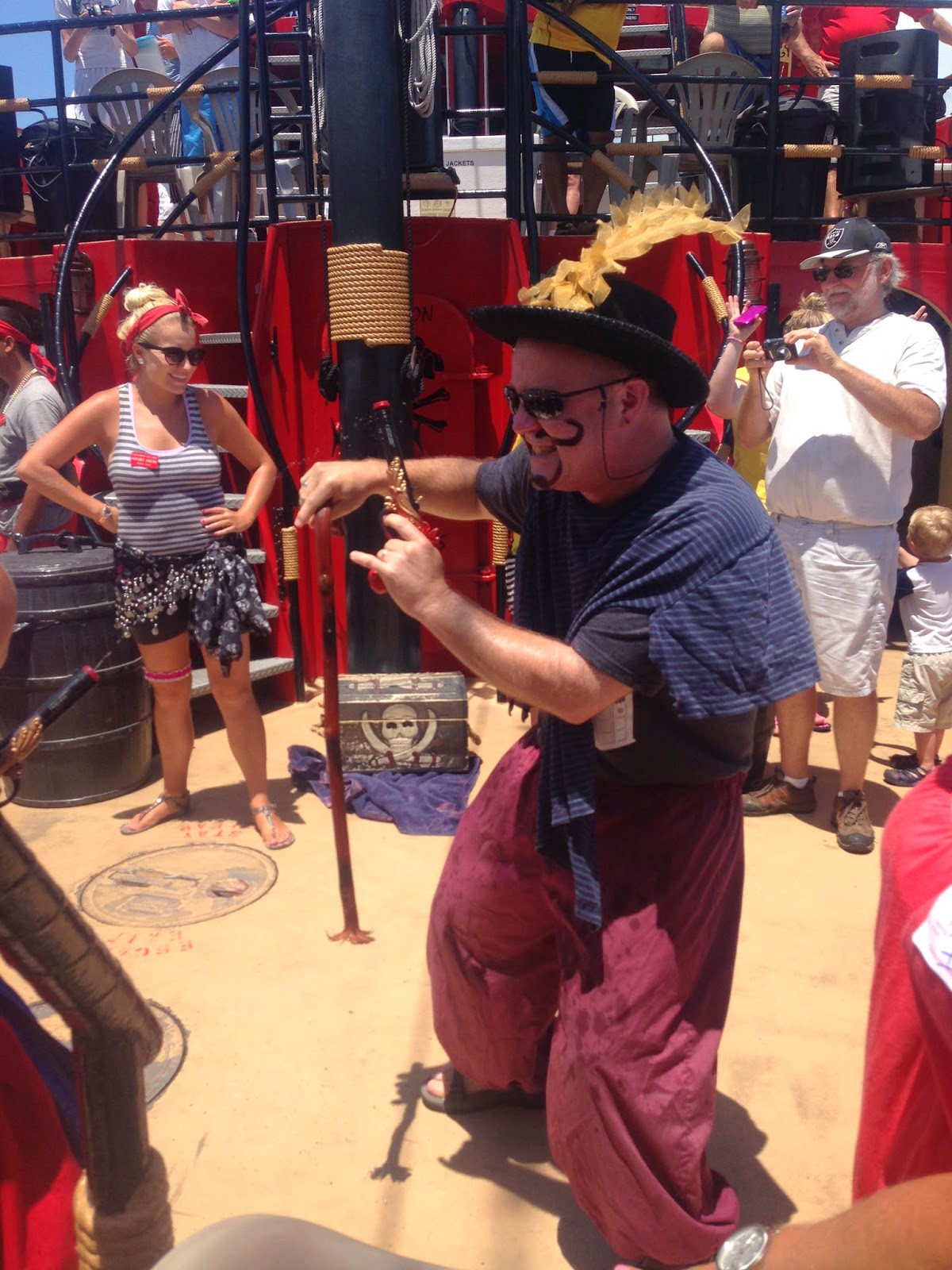 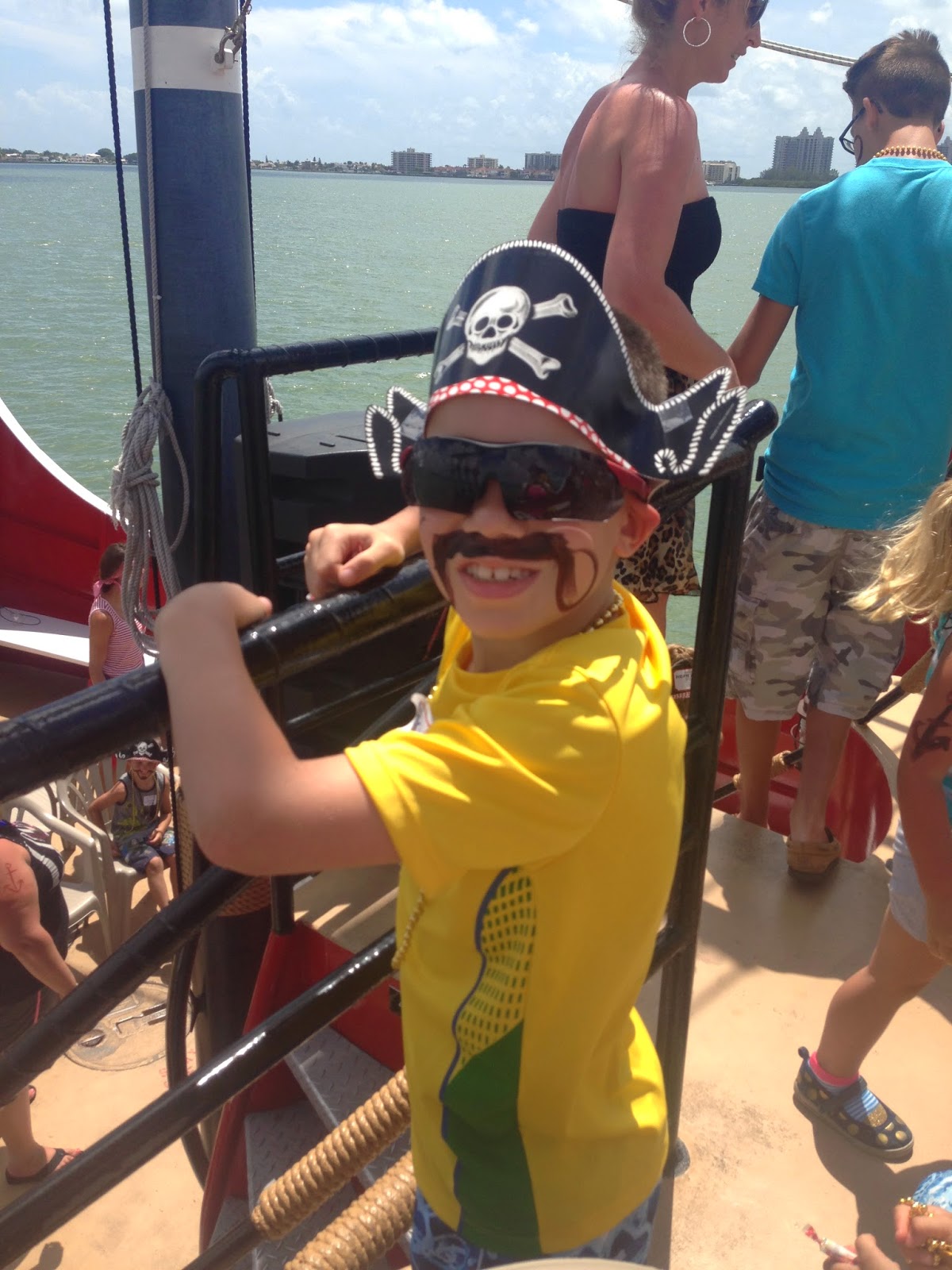 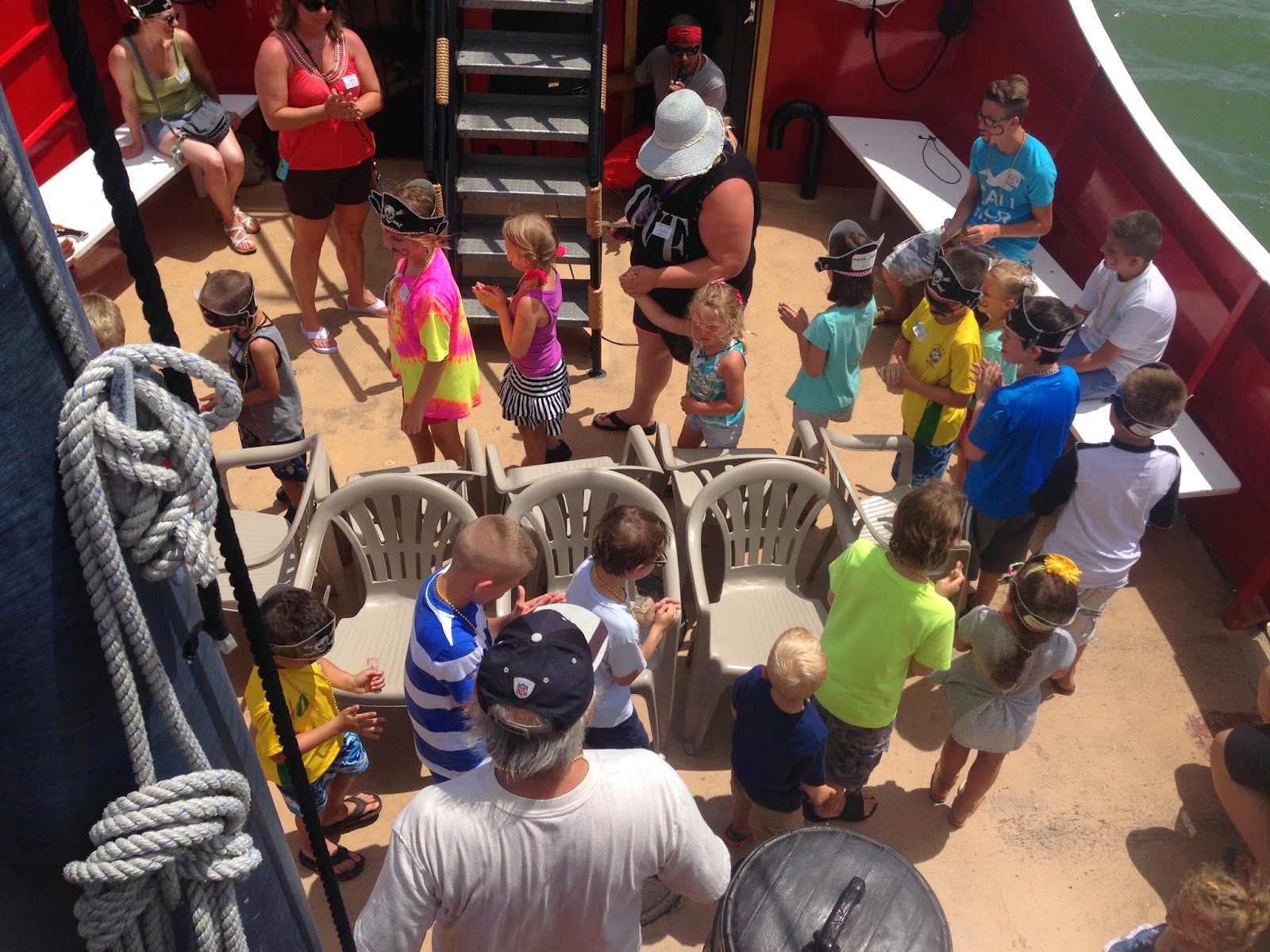 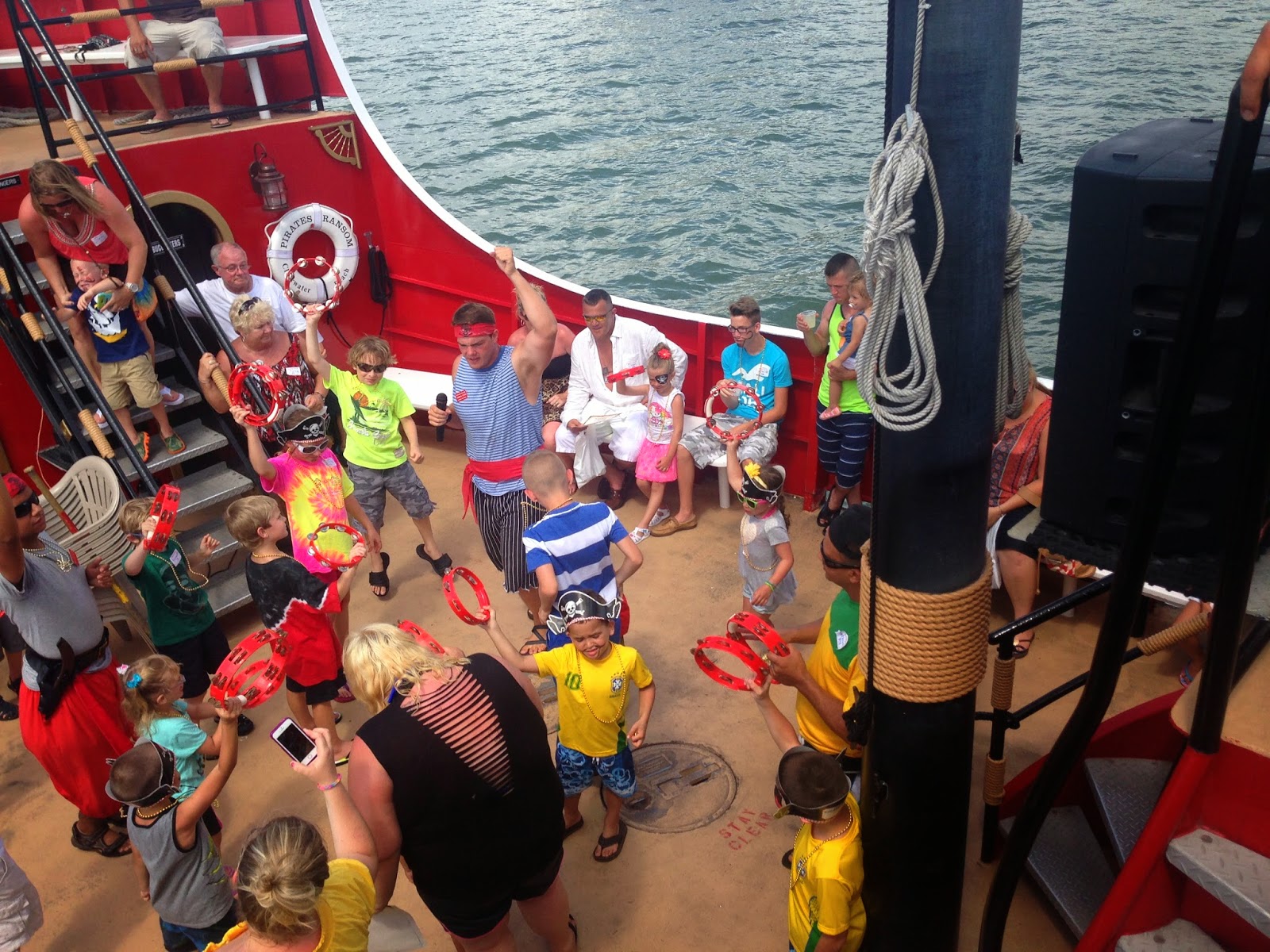 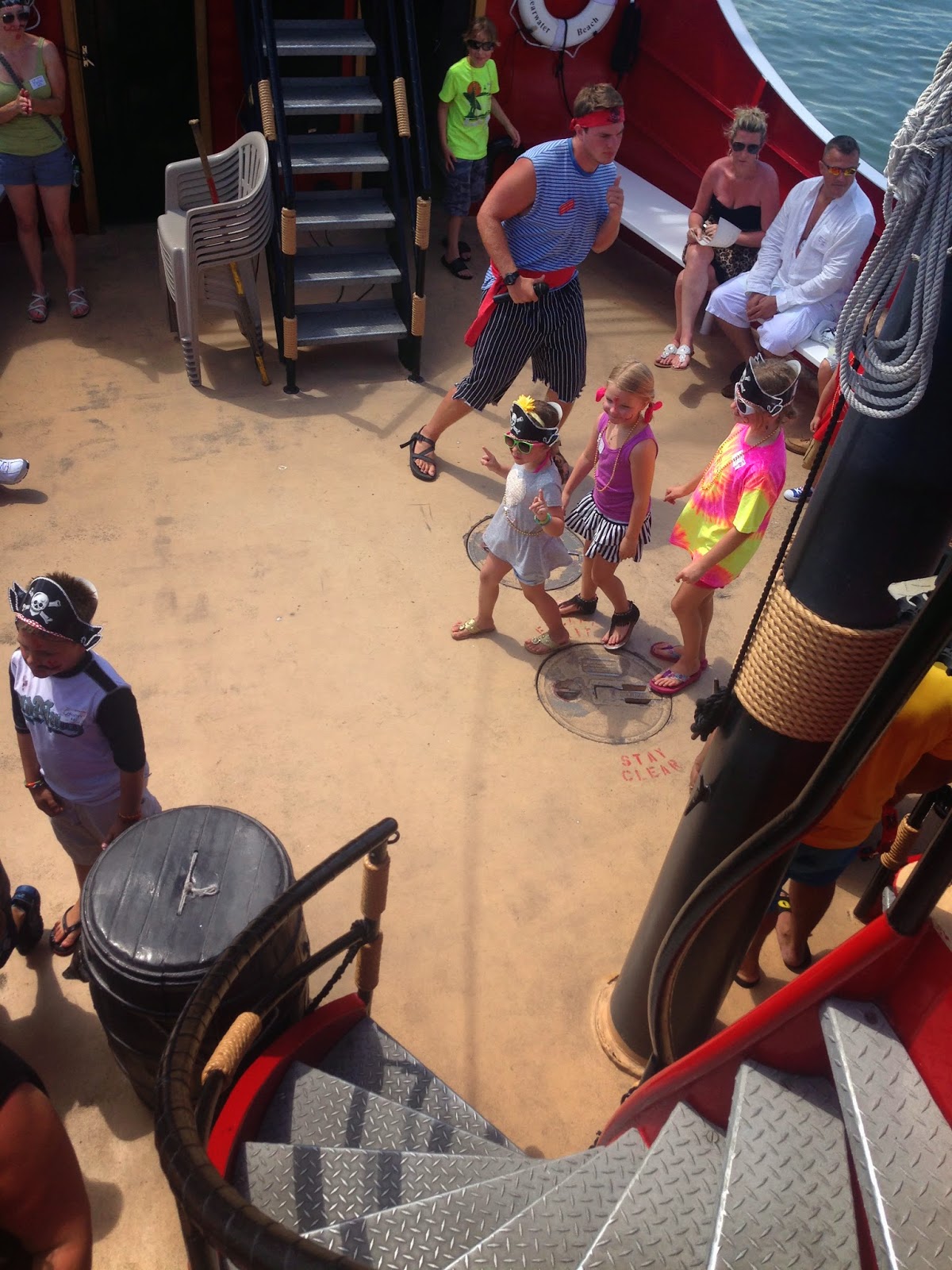 The crew was very friendly and great with all the kids.  Once the dance party was over they handed out Pirate Certificates to the kids.  While parents got the last chance to order a beverage. 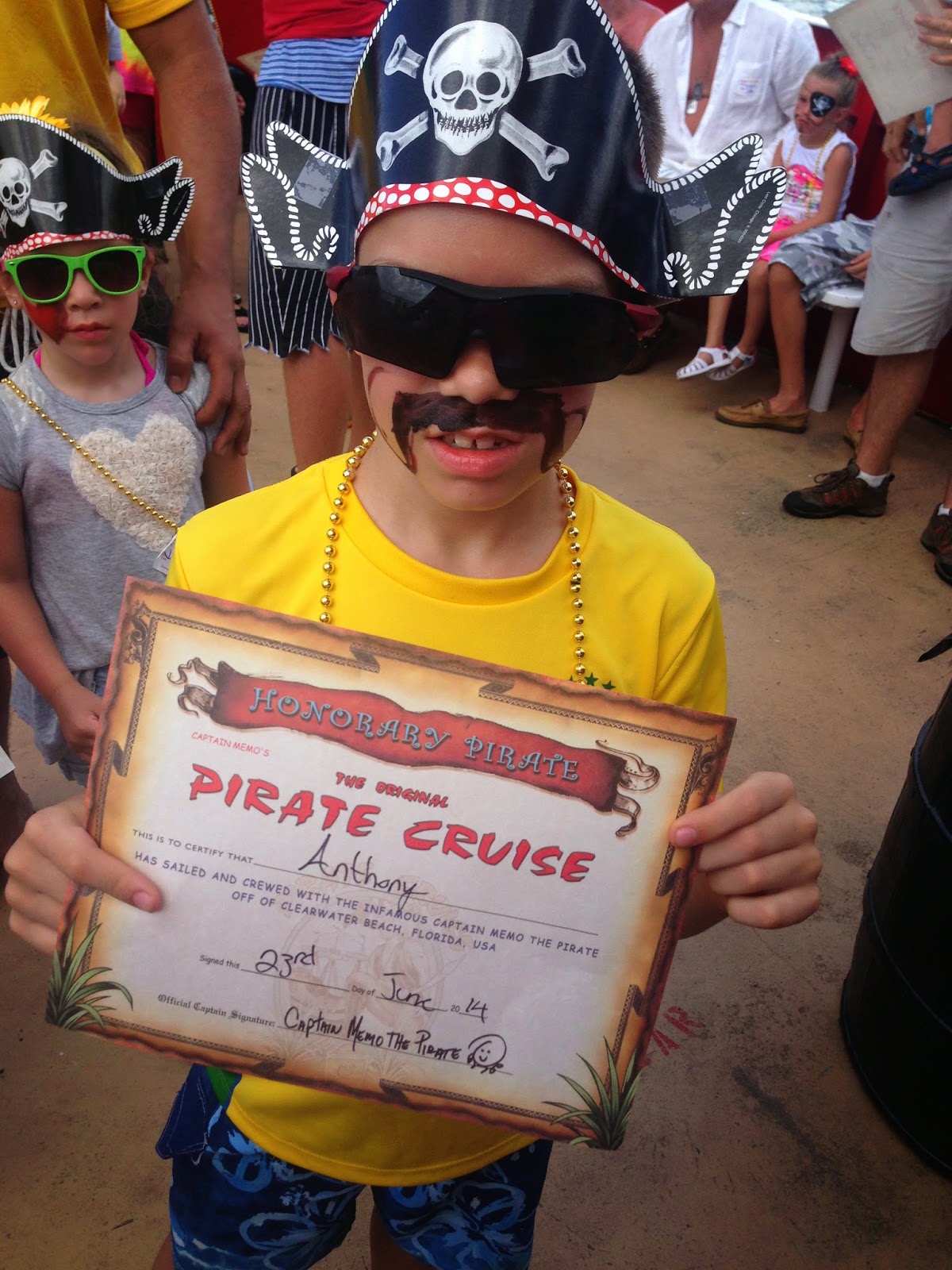 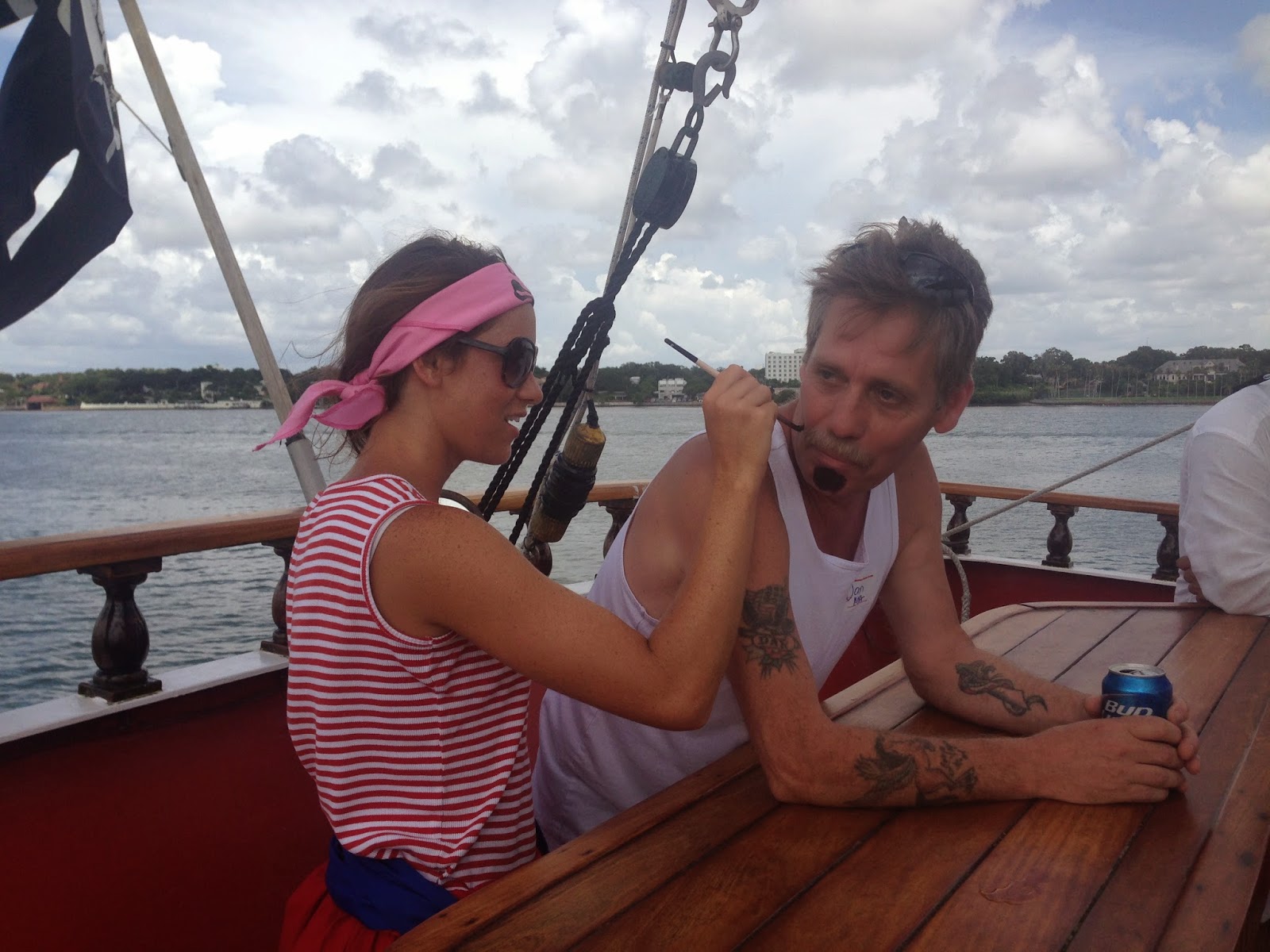 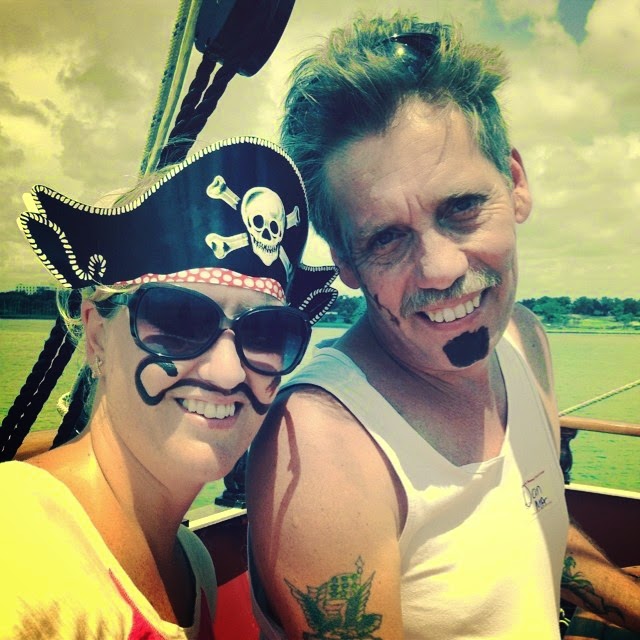 From the top deck, the views of Clearwater Harbor are beautiful and if you keep your eyes peeled you may see some dolphins on the horizon!  The cruise lasted approximately 2 hours and every moment was upbeat and festive.
I was very impressed with this attraction, it was a fabulous day for the kids, parents, and grandparents!